A sapiophile is someone who is attracted to intelligence or intelligent people. This attraction can be romantic and/or sexual.

Where does sapiophile come from? 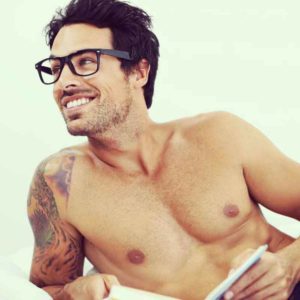 Modeled after words like Anglophile or cinephile, The word sapiophile comes from a combination of the Latin root sapient-, “wise,” and the suffix –phile, from the Greek for “lover of.”

It isn’t exactly clear who originally coined the word, but there is evidence of it being used at least as far back as 1991. Its earliest public use on Twitter was in August 2008. The earliest entry for the word on Urban Dictionary is from January 2011, and it is defined as “someone who is sexually attracted to intelligent people.”

In February 2013, dating website Plenty of Fish introduced a feature that let users describe their personality using a set of brief terms in a drop-down menu. One of the options was sapiophile, which may have spiked Google searches for the word around that same time.

“I'm a sucker for robust debate and sound argumentation... #Sapiosexual #Sapiophile #Braingasm”
@ZOLAtheSOUL Twitter (March 6, 2017)
“I mean I am a TRUE sapiophile. I will marry someone who makes me think but alas... no one I've met cares about that really”
@SareveChante Twitter (April 7, 2017)
“A friend recently called me a ‘sapiophile.’ Once I looked it up—‘Sapiophile (noun) means someone who is sexually attracted to intelligent people’—I had to admit she was right.”
Emma Woolf, Letting Go: How to Heal Your Hurt, Love Your Body and Transform Your Life (2015)
SEE MORE EXAMPLES

Sapiophile is mostly used on social media and dating websites when someone is describing what they want in a partner. This could mean saying they’re a sapiophile themselves, looking for an intelligent person to date, or it could be that they’re looking for someone else who self-identifies as a sapiophile.

Sapiophile is closely related to a similar term, sapiosexual. While the two are frequently interchanged, sapiosexual tends to emphasize on the aspect of sexual attraction to intelligence.

Not everyone is fond of the word. Some people consider it a buzzword invented by the online dating world and look down on those who actually use it.

This is not meant to be a formal definition of sapiophile like most terms we define on Dictionary.com, but is rather an informal word summary that hopefully touches upon the key aspects of the meaning and usage of sapiophile that will help our users expand their word mastery.