What does sense of humor mean?

A sense of humor refers to the ability to find things funny, general enjoyment in doing so, or the particular types of things one finds funny.

Where does sense of humor come from? 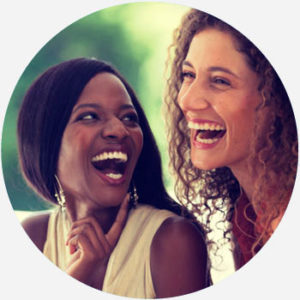 The notion of a sense of humor is ancient, a topic considered by Greek philosophers. The phrase, however, is more recent.

In the Middle Ages, humor named one of four bodily fluids believed to govern health and temperament. By the late 1500s, humor had extended to “mood” or “feeling,” specifically the appreciation of something funny or comical by the 1600s. The particular phrase sense of humor is evidenced as early as 1753 in a discussion of drama, with sense originally denoting “capacity” or “appreciation.” While largely considered positive throughout its history, certain thinkers and authors in the 1800s frowned on the indulgence they associated with a sense of humor.

Since the 1700s, the meaning of sense of humor has expanded from “the ability to get and enjoy a joke” to the kind of jokes one likes. The phrase, as a result, is often qualified. For instance, a dry sense of humor favors understated jokes, a dirty sense of humor finds profane and sexual content funny, or a dark sense of humor sees the comedy in tragedy.

In the 20th century, a sense of humor became associated with a positive personality trait and a sign of psychological strength by various mental-health professionals—and a leading characteristic people seek in romantic partners.

Examples of sense of humor

I have a very dry sense of humor so I drink moisturizer
@sgtcurrypants, April, 2018
If you happen to believe that God possesses all qualities, then presumably that would include a sense of humor.
Doug Lansky, HuffPost, May, 2011
Along with gratitude, hope and spirituality, a sense of humor belongs to the set of strengths positive psychologists call transcendence; together they help us forge connections to the world and provide meaning to life.
The Conversation, August, 2016
SEE MORE EXAMPLES

Who uses sense of humor?

The phrase sense of humor is widely used across spoken and written contexts. In romance, people often say they are looking for a person with a good sense of humor, sometimes shortened to GSOH on dating sites. Here, sense of humor conveys the ability to laugh at oneself and make others laugh as well so as to not take things too seriously.

The absence of a sense of humor is often criticized in conversation. For instance, if someone said to another after making a joke, “Oh, have a sense of humor,” they are indicating the person is being too sensitive and self-serious.

This is not meant to be a formal definition of sense of humor like most terms we define on Dictionary.com, but is rather an informal word summary that hopefully touches upon the key aspects of the meaning and usage of sense of humor that will help our users expand their word mastery.