What does shart mean?

Sometimes, when you’re going to breaking some wind … a little poop sneaks out along with it. This is called a shart, a blend of shit and fart.

Where does shart come from? 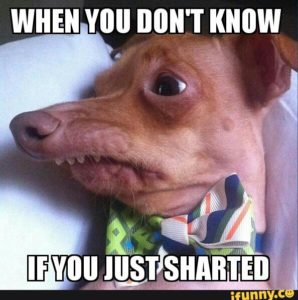 When shart emerges isn’t exactly known, but it’s recorded at least by 2001 on a Usenet group and made its Urban Dictionary debut in 2003. Earlier digital instances appear to be common typos for words like sharp and short.

The 2004 comedy Along Came Polly helped popularize the term. In one scene, a character played by Philip Seymour Hoffman tells Ben Stiller that they suddenly have to leave because he “just sharted.” When Stiller expresses confusion at the phrase, Hoffman explains, ” I tried to fart and a little shit came out.”

While not always mentioned explicitly, the shart is a fixture of popular bathroom humor, repeatedly befalling Peter Griffin on the adult animated TV show Family Guy and memorably featured in a scene in the 2011 comedy film Hall Pass as what we can only call a shnart, or sneeze-fart-shit. You heard it here first. 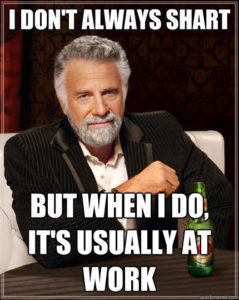 sayingimages.com
Listen to Al's confession, and try not to shart yourself laughing.
Patrick Carone, Maxim, January, 2013
Making big plans to cook a chilli this weekend and then remembered last time I did this I nearly sharted myself
@wereviking, August, 2018
SEE MORE EXAMPLES 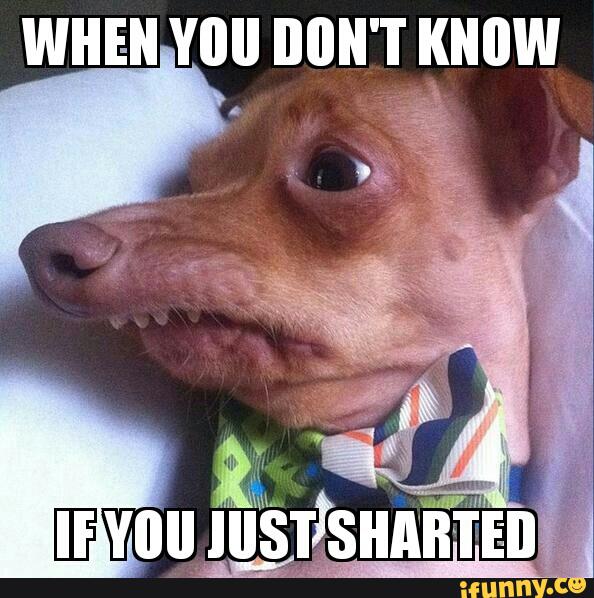 Sharts are always unintentional—and embarrassing. People really only reveal they’ve sharted in a pinch or, more figuratively, as a way to characterize something as extremely uncomfortable or awkward in the most inopportune of situations.

But hey, sharting happens to everyone. Even America’s weatherman Al Roker, who’s on the record admitting he “pooped [his] pants” in the White House in 2002.

This is not meant to be a formal definition of shart like most terms we define on Dictionary.com, but is rather an informal word summary that hopefully touches upon the key aspects of the meaning and usage of shart that will help our users expand their word mastery.