Everything After Z by Dictionary.com
Previous Word: shart
Next Word: shipping

Michael Bush, AdAge (headline), February 2010
From my position as an unpaid Nintendo shill, let me say my Wii U is the happiest I've been with a console since I started purchasing my own
@MinovskyArticle, November 2014 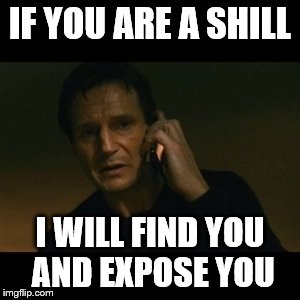 Where does shill come from? 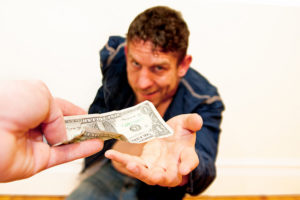 A shill is a hustler or con-person who tries to convince other people to buy something or think something is great (shilling). The shill has ulterior motives for their actions, usually because they are the actual seller or have something to gain if the product sells well.

The word shill has a complicated history, oddly appropriate considering the underhanded meaning of the slang. Many dictionaries maintain that shill comes from an older word, shillaber, a noun with the same meaning as shill and with an obscure origin. Both shill and shillaber are found in the early 20th-century in carnival (or “carny“) lingo, which isn’t well documented. 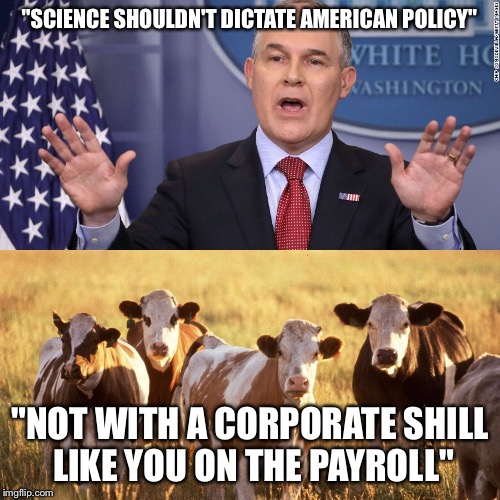 Shill was used as early as 1911, when it appeared in a short story in The Metropolitan to describe planted bidders who submit fake bids to drive up the price of items in an auction.

Shillaber appears even earlier in a 1908 Los Angeles Herald story in which a man running a rigged carnival game used the word to refer to his assistants who pretended to be customers.

A 1915 article in The Day Book, also about rigged carnival games, directly connects shill with shillaber and says they can be used interchangeably.

Over 100 years later, shills are as widely disliked as they ever were. Thanks to the ease of posting things anonymously, it is especially easy to shill online.

The new gun safety majority in the House will act on behalf of the American people, not the gun corporations the NRA shills for. https://t.co/yjfrPO6A1q

Queen, please. Go back to shill for Fox News

Elsewhere, shill remains a popular term for hustlers, hucksters, con artists, and liars. As our examples show, shill is both a noun (e.g., a corporate shill) and verb (e.g., his article is just shilling for Big Oil).