What does shoop mean?

Shoop variously refers to a doo-wop nonsense sound sometimes used as mild slang for having sex, internet slang for work in Photoshop, or a humorous singular form of the word sheep.

Where does shoop come from? 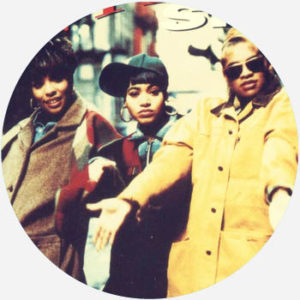 Salt-N-Pepa are far from the only ones singing about shoop, however. In 1991, pop star Cher released “The Shoop Shoop Song (It’s in His Kiss),” a song much covered since the 1960s. This shoop is an innocent, nonsense sound sung in doo-wop-styled harmonies, which may have influenced Salt-N-Pepa. Whitney Houston also notably used shoop as an expressive syllable (without any sexual undertones) in her lead single to her 1995 film Waiting to Exhale.

In the 2000s, shoop took on another meaning entirely, referencing an image that has been photoshopped, or digitally altered in Adobe’s widely used image-editing software Photoshop. Shoop emerged as a playful variant on shop, or “edit with Photoshop,” (e.g., This photo has been completely shooped.). It tends to refer to amateur or poorly-done instances of photoshopped images.

Shoop can also refer to the Shoop Da Whoop meme, a cartoon image of two eyes and a mouth spitting out a laser, which was popular in the late 2000s. Shoop also emerged in the 2000s as a tongue-in-cheek “singular form” for sheep, riffing on irregular English plurals like goose/geese. A Change.org campaign in the 2010s even petitioned for the word to be formally introduced in the Oxford English Dictionary.

That’s a bad shoop, can clearly see the pixels

In the early 1990s, shoop was sometimes used in black slang or among women when speaking about having sex, thanks to the popularity of the Salt-N-Pepa song. The term keeps some currency in nostalgic reference to the song or to the vocal sound as it’s featured in other music.

Experienced graphic designers may use shoop when judging poorly-done or amateurish work in Photoshop. The term can be a noun (a shoop) or a verb (to shoop).

Shoop as a made-up singular form of sheep mostly appears on humorous merchandise and in playful, one-off references to the irregularity of the English language.

This is not meant to be a formal definition of shoop like most terms we define on Dictionary.com, but is rather an informal word summary that hopefully touches upon the key aspects of the meaning and usage of shoop that will help our users expand their word mastery.