What does single white female mean?

Single white female is a phrase used to identify a woman so described in dating contexts.

In allusion to a popular novels and films, single white female is also used to characterize obsessive behaviors.

Where does single white female come from? 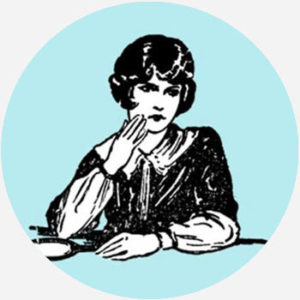 Single white female begins as a classification by marital status, race, and sex in US censuses and medical publications in the late 1800s. Fast forward to the 1970s, when personal ads in newspapers started using abbreviations for common identifiers to save space, such as SWF for single white female. Here, SWF could refer to a woman looking for a date or roommate, for example, or it could be used by a person so seeking such a woman.

The acronym was featured in SWF Seeks Same, a 1990 thriller by John Lutz, in which a young white woman advertises for a female roommate after her boyfriend moves out. The novel inspired Single White Female, the 1992 movie starring Bridget Fonda and Jennifer Jason Leigh. Fonda’s character is imitated, stalked, and eventually attacked by her new roommate, Leigh, who appears to be trying to steal Fonda’s life and identity, likely due to borderline personality disorder.

Y'all have this single white female level obsession with the #SFGiants and It's pretty sad 🙄
@SF_Gamerbabe11, March, 2018
Singapore is ideal for new couples, families and men. It’s hard being a single, white, female expat.
Christina Mikhail, Medium, December, 2014
@realDonaldTrump Everything wrong with this country can't be blamed on @BarackObama[...]You remind me of Bridget Fonda in Single White Female with your obsession with him! Smh
@Marshea85, April, 2018
SEE MORE EXAMPLES

Online dating, which heavily relies on images, has largely replaced personal ads, diminishing the use of single white female or SWF as a practical identifier.

The term still enjoys some humorous or ironic use in dating contexts, however. In allusion to its former currency in personal ads, a woman may use single white female to self-deprecate her status, as if to say “I’m just another ordinary young white woman who hasn’t found true love and her soulmate yet.” On a date, as another example, a woman may also sarcastically cite single white female to poke fun at the rituals of dating.

Single white female is also occasionally used in popular speech and writing as a non-technical term for the kinds of psychological issues presented in the novel and film, Single White Female. The term is also used more loosely to comment on women who are seen as phony or clingy as well as anyone perceived to be extremely obsessed more generally.