What does skater boy mean?

A skater boy is slang (disparagingly and affectionately) for a guy who adopts the style and attitude of a stereotypical rebellious skateboarder.

Where does skater boy come from? 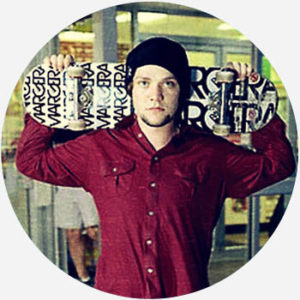 While there are some fleeting references to skater boys as young male ice skaters in the record, the modern term skater boy is recorded at least by the early 1990s. Skater boi is usually a disparaging term for a wannabe skateboarder posing as a rebellious outsider or punk.

Canadian singer-songwriter Avril Lavigne popularized the term in her 2002 single “Sk8er Boi.” The song tells the story of a young skateboarder who shares a romantic attraction with a ballet dancer, but who “wasn’t good enough for her” due to disapproval from her friends and his “baggy clothes.” 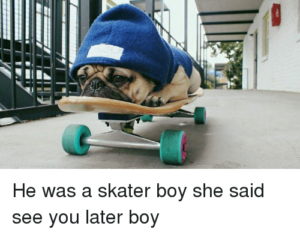 The song draws distinctions of class and status between the skater boy and snobbish ballet dancer. It’s revealed that the skateboarder grows up to be a successful musician, while the woman who rejected him becomes a lonely single parent. “Sk8er Boi” can be interpreted as a cautionary tale about making surface-level judgements, as skater boys were so subject to in broader popular culture, and succumbing to peer pressure.

If you’ve had one sexual encounter with a skater boy you can now assimilate into the full personality of a true skater girl
@peter_kryger, February, 2018
Manel Navarro likes Ed Sheeran, Hawaiian shirts and playing the guitar. The 21-year-old singer with skater-boy appeal will represent Spain at next week’s Eurovision Song Contest.
Manel Navarro, Billboard, May, 2017
Like her old self again, the pop star [Avril Lavinge] - who soared to fame with her rock chick hits like Complicated in 2002 - channeled her Sk8er Boi image in an oversized hoodie, worn as a dress.
The Daily Mail, October, 2017
SEE MORE EXAMPLES

While skater boy originates as a dismissive insult of young male “posers” who try to mimic the style and attitude of skateboarders (unkempt hair, loose clothing, nonchalant), it went on to be reclaimed with some irony or endearment by some in the skateboarding community. Skater boy can now be used positively for a guy genuinely dedicated to skateboarding as a sport or lifestyle. 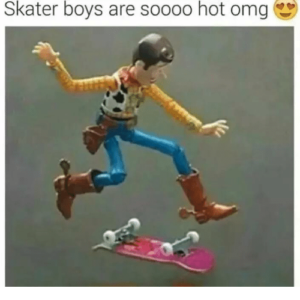 The female counterpart to a skater boy is a skater girl, often used to deride young women who want to date skater boys by imitating their look and demeanor.

This is not meant to be a formal definition of skater boy like most terms we define on Dictionary.com, but is rather an informal word summary that hopefully touches upon the key aspects of the meaning and usage of skater boy that will help our users expand their word mastery.