What does snatched mean?

Is your wig still on, queen? In drag slang, snatched is “fierce” or “on point,” i.e., excellent, especially when it comes to personal appearance.

Where does snatched come from? 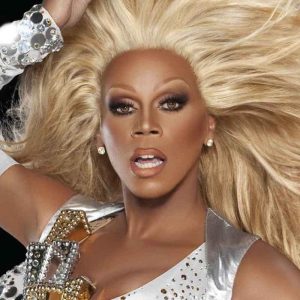 We can thank New York City drag culture in the 1990s for slang like hunty, slay, yaas, and snatched. Snatched specifically comes from black drag culture, where performers wear artificial hair called weaves. If something is absolutely amazing (snatched), it might just snatch your weave off, à la knock one’s socks off.

After slang like on fleek, a word with a similar nod towards perfection, fell out of favor, as slang terms do, snatched picked up steam, especially in 2016. This may have been boosted by the growing prominence of drag culture in the mainstream, thanks in part to reality TV shows like RuPaul’s Drag Race.

Snatched can be used as a verbal adjective (e.g., Her makeup is snatched, look at that highlight!) or verb (e.g. His look had my wig snatched). It’s most commonly used to describe someone physically, like their appearance or their outfit. A simplified snatch is also sometimes used in the same way.

Excuse me mam but I need my edges back that you so gracefully snatched away from me! 😍😭😍 https://t.co/JVmUnhwmDJ

Throwing in a mention of a wig’s  or weave’s edges is common when using the term as well, as in “She just snatched my edges.”

Wow I snatched my own edges…😭💕 pic.twitter.com/x3npVdymgL

Just saw this pic of @EugeneLeeYang in drag and my edges are SNATCHED hunty!!!! Yaasss queen!!!!! pic.twitter.com/Tcbl0NgmHT

Before it spread into the mainstream, snatched was (and still is) used mainly by the black drag community.

Are all Black QT slang 💁🏾‍♂️

You can hear it used in the wild on RuPaul’s Drag Race and at your local drag show. Be mindful of wading into cultural appropriation territory if using the term.

This is not meant to be a formal definition of snatched like most terms we define on Dictionary.com, but is rather an informal word summary that hopefully touches upon the key aspects of the meaning and usage of snatched that will help our users expand their word mastery.