What does Sophie’s choice mean?

Sophie’s choice refers to an extremely difficult decision a person has to make. It describes a situation where no outcome is preferable over the other. This can be either because both outcomes are equally desirable or both are equally undesirable.

Where does Sophie’s choice come from? 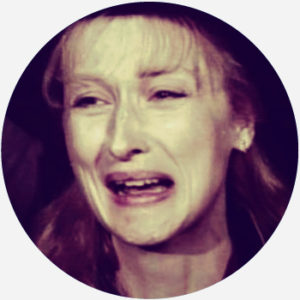 Sophie’s Choice is the title of a 1979 novel by William Styron, and in 1982 Sophie’s Choice was made into a critically acclaimed film starring Meryl Streep. In the novel, which is set during World War II, the title character must choose between the lives of her two children while imprisoned in the Nazi concentration camp Auschwitz. She is given an impossible choice: pick one to live while the other is gassed, or else watch both die. For Sophie, there is no best option, and even not making a choice carries a heavy consequence. Either she chooses one of her children to die and lives with the guilt, or she watches both of them die while knowing she could have saved one’s life. The title and situation it represents became an analogy for choices that are similarly difficult for the person making them.

“I have a real 'Sophie's Choice' on my hands now that both @WeGotFivePod & @bookversusmovie are up for @podernfamily Show Of The Week”
Jack&TomConquer @thedrunkendork Twitter (March 20, 2017)
“Lamenting the political version of a ‘Sophie’s choice’ between Hillary Clinton and Donald Trump for the U.S. presidency, Dennis Prager surveys related reasons for pessimism.”
Craig Biddle, “Religion, a “Sophie’s Choice,” and an Easy Choice,” The Objective Standard (May 7, 2016)
“For environmentalists, it’s something of a ‘Sophie’s choice’: Do we want clean, smog-free air at the local and regional level, or lower greenhouse gas emissions at the global level?”
Jason Mark, “WHY I’M SUING VW,” Sierra Magazine (October 15, 2015)
SEE MORE EXAMPLES

Since the publication of the book and the release of the film, this phrase has experienced broadening in meaning. It can now refer to any life-and-death decision with no good outcomes, as in the original novel. Additionally, it can be used in reference to any difficult choice, with outcomes that are both equally good or equally bad. It can also be used be in a joking, hyperbolic way to describe a relatively inconsequential situation. However, some people may consider a more lighthearted use of the phrase offensive.

Sophie’s choice is sometimes confused with Hobson’s choice. The original meaning of Hobson’s choice can best be summarized as “take it or leave it.” The choice is between taking one thing that is offered or nothing. It’s not really a free choice, even though it appears to be. But if you are making a Sophie’s choice, you actually do have two or more options, aside from the option of not choosing. It’s just that neither one is better than the other. Confusion between the two, however, has resulted in an alternative definition for Hobson’s choice that is more like Sophie’s choice.

This is not meant to be a formal definition of Sophie’s choice like most terms we define on Dictionary.com, but is rather an informal word summary that hopefully touches upon the key aspects of the meaning and usage of Sophie’s choice that will help our users expand their word mastery.