What does Soylent Green mean?

Soylent Green is both the name of a 1973 science fiction film and of a wafer-like food product in the film. The film is a police procedural set in the future, based on the 1966 novel Make Room! Make Room! The food is a processed protein ration made of human beings and distributed to an unsuspecting populace.

Where does Soylent Green come from? 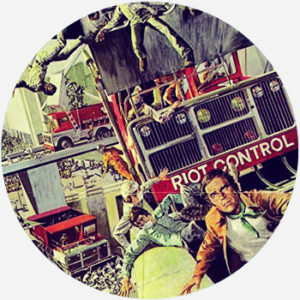 Although the film is based on the novel, many changes turned them into very different stories. Make Room! Make Room! primarily explores overpopulation, leaving out cannibalism. Both are dystopian tales of a world with too many people and not enough resources, where real food is scarce and meal replacements are the only nutritional option for most people. But only in the film is the famously human-flesh-based titular product introduced. It takes the form of a green cracker that’s supposed to be more nutritious than other Soylent products, Soylent Red and Yellow. The name of the product itself is a portmanteau of soy and lentil, which is what it’s made of in the book.

Soylent Green is introduced as being made of plankton, but as the film unfolds, the main character discovers that it’s manufactured from dead bodies. The climax of the film contains the line “Soylent Green is people!” and this scene is one of the most famous in the movie.

“My real question is where are all the elderly at the zoo? Are they in a separate habitat or is that fruit actually soylent green?”
thenerdbeast Tumblr (March 26, 2017)
“Can we please send Boomers to the soylent green factory already? Like, you're getting mad at folks for eating food & supporting businesses.”
R. Thomas @ShadowPraxis Twitter (March 26, 2017)
“Unlike Soylent Green, China's corned beef is not made out of people”
snopes.com Facebook (May 10, 2016)
SEE MORE EXAMPLES

The phrase “Soylent Green is people!” has become a meme and a snowclone in the form of X is Y. In this meme, one or both elements of this phrase can be replaced, and it is sometimes paired with a photograph of Charles Heston, who starred in the film.

The fictional food received a real-life reference when food-substitute company Soylent was founded in 2013. The company produces shelf-stable, ready-to-consume processed foods that provide nutrients in the form of bars, powders, and liquids. The movie was also popular enough to get merchandise in the form of green crackers patterned after the ones in the film, though these are unrelated to the startup Soylent.

Invoking Soylent Green is also a way to summon the specter of dystopia. Used this way, it’s shorthand for something that’s perceived as undermining of liberty or otherwise unfair. Alternately, it can be used as a tongue-in-cheek way to suggest that a meat product is, perhaps, not all it seems.

This is not meant to be a formal definition of Soylent Green like most terms we define on Dictionary.com, but is rather an informal word summary that hopefully touches upon the key aspects of the meaning and usage of Soylent Green that will help our users expand their word mastery.