What does supremium mean?

In the fashion world, Supremium refers to the (usually hefty) markup in the resale market for hot-ticket, Supreme-branded items, i.e., the premium on Supreme products.

As a general blend word of supreme and premium, supremium can also imply something or someone is particularly excellent and/or exclusive.

Where does Supremium come from? 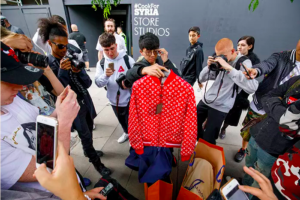 Supreme is a streetwear clothing line founded in New York City in 1994. It originally focused on skateboarding clothes and gear but quickly branched out to other clothing and fashion items. The brand is known for its signature red-box, white-type logo (which, as it happens, many people say they ripped off from modern artist Barbara Kruger).

Supreme has generated so much attention and exclusivity in part because it relies on hyped-up drop culture. That is, it develops products in limited runs, forcing people to wait on long lines or scour secondary resale markets for the items. Just about anything with Supreme branding, it seems, is able to garner huge profits for resellers.

On a November 2018 episode of the Netflix show The Patriot Act, comedian and host Hasan Minhaj turned his focus onto Supremium. He gave a number of examples, including a Supreme-branded crowbar (yes, crowbar) that retailed for $32 and resold for $360. Supremium, here, plays on Supreme’s premium (higher cost), with both Supreme and premium additionally connoting “superiority.”

On the show, Minhaj critiqued the partial acquisition of Supreme by The Carlyle Group, a private equity firm with its fingers in some dodgy businesses, including military technology. To this end, Minhaj sold a limited run of “Carlyle Supremium” t-shirts, which parodied the signature Supreme logo with labels such as Private Equity and Defense Contractor. 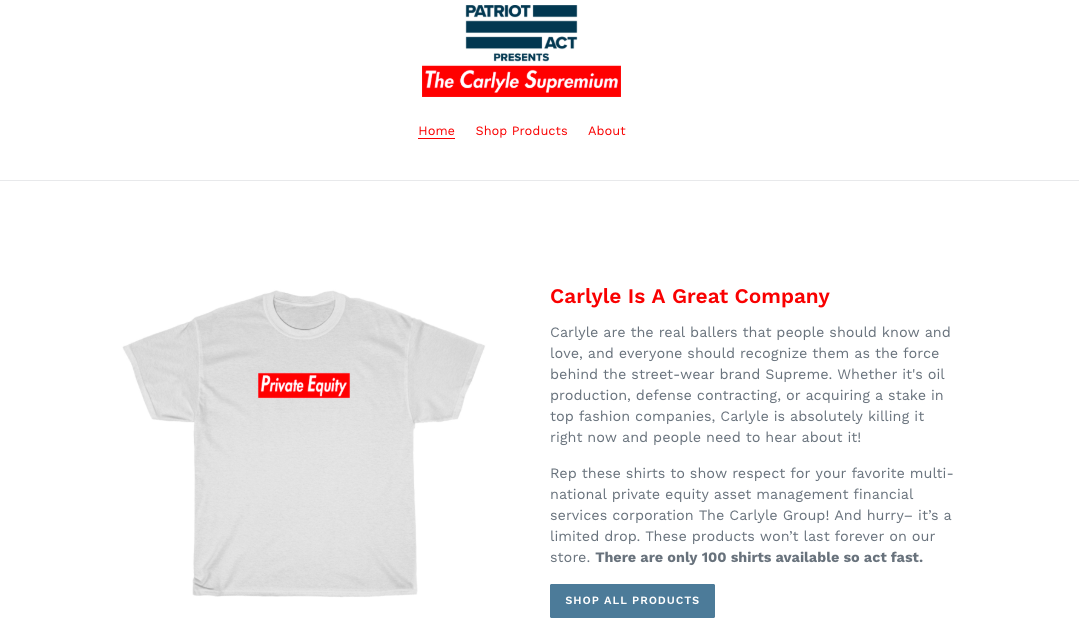 Yes, there is a wine tent, a large “supremium” area cordoning off part of the site for VIPs, and more trilbies in the audience than a production of Bugsy Malone.
Kate Hutchinson, The Guardian, July 2018
The Carlyle Supremium shirts are sold out. You could buy one on the resale market OR you can join me in donating to @theirc in support of relief in Yemen. I prefer the latter. #GivingTuesday
Hasan Minhaj (@hasanminhaj), Instagram, November 2018 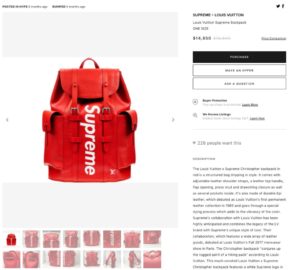 Supremium is generally limited to the secondary resale market for Supreme-branded items. It suggests their products are sought-after by hypebeasts—and how expensive they can be.

I was watching @patriotact while @RonnieLongoria was sleeping next to me. As soon as the intro started, he started humming the song & woke up immediately. He then proceeded to tell me that @hasanminhaj was wearing J3’s and went back to sleep. #supremium #correction

Along those lines, the Pipeworks Brewing Company in Chicago sell a pale ale called Supremium Hypster Beast Mode, a nod to the hipster obsession with Supremium-style hype.

People also occasionally use supremium to refer to someone or something who is particularly excellent or exclusive. For example, festivals or clubs might offer extra-VIP areas they sometimes dub supremium.

i know some supremium human females

And for you comic book aficionados out there, Supreme was an evil Superman-type character created in the 1990s. The source of his many superpowers was a meteorite-derived substance known as Supremium. 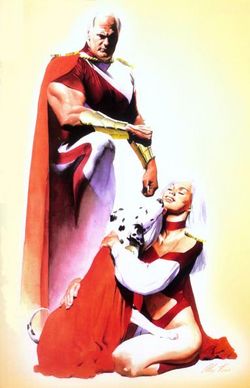 This is not meant to be a formal definition of Supremium like most terms we define on Dictionary.com, but is rather an informal word summary that hopefully touches upon the key aspects of the meaning and usage of Supremium that will help our users expand their word mastery.