What does swalla mean?

Swalla is a dialectical or slang pronunciation of swallow, prominently appearing in hip-hop lyrics with respect to drinking alcohol or performing oral sex on men.

Where does swalla come from? 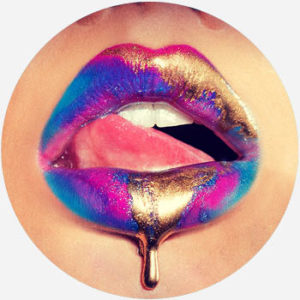 Swalla is a colloquial pronunciation of swallow, a verb found in Old English and with deeper Germanic roots. By the late 1500s, swallow had become a metaphor for “accepting something undesirable,” a sense which continues today in swalla.

In the 1990s, hip-hop artists began widely using swalla to rhyme with words like holla and dolla, dialectical pronunciations of holler and dollar in Black English which reduce a final R to a schwa (uh) sound—or, here, the long O of swallow.

8Ball and MJG’s 1993 song “Pimps” uses swalla as “accept” in a rhyming couplet with dolla: “But I just a young nigga, trying to make a dolla / And the way I live, to some it’s hard to swalla.”

“Swalla” reached #29 on the Billboard Hot 100, corresponding with spikes in searches for the term.

I'm the truth and that's hard to swalla ain't it?
@StupidHornDawgg, October, 2018
Yo main gurl is a hoe, I go #BonesWorld in her throat, she swalla so many nuts u find a squirrel up in her throat
@B_Bonehead_H, March, 2013
I be lookin’ for the kinda lil’ mama that’s about some dollars, / 350 dollar bottles that’s all she want to swalla. / And if you ain’t a big balla she ain’t even trying to holla, / She gone take ya lil’ measly dollas and walk off like a model.
Webbie, “Like That" (lyrics), 2005
SEE MORE EXAMPLES

Swalla can also negatively characterize having to put up with something unpleasant, alluding both to historic metaphor of swallow and its sexual slang. On social media, a (cock) swallaer can be used as an insult.

The term widely appears online in reference to Derulo’s “Swalla.”

Due to its adult content, many may find swalla vulgar and offensive, especially if the sex act is forced on or expected of a woman.

This is not meant to be a formal definition of swalla like most terms we define on Dictionary.com, but is rather an informal word summary that hopefully touches upon the key aspects of the meaning and usage of swalla that will help our users expand their word mastery.