Everything After Z by Dictionary.com
Previous Word: swamp ass
Next Word: swole 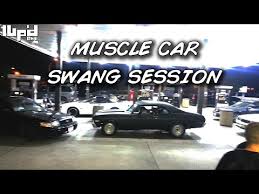 Where does swang come from? 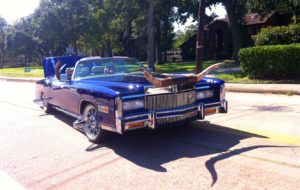 While most commonly used as a past tense for the verb swing, swang has an entire other life in the world of slang. Originating in urban black populations in the US by the 2000s, swang is when someone drives a (usually tricked-out) car slowly and widely, as if swinging the car from one side of a lane or road to the other. The use of the past tense is apparently modeled on other such forms in black slang, including drank (“cough syrup drunk recreationally”) and stank (“smell of sex”).

The hit 2005 song by rapper Chamillionaire “Ridin” helped get swang onto the airwaves and into popular culture. Swang is heard in its chorus: “Tryna catch me ridin’ dirty / My music’s so loud, I’m swangin’ / They hopin’ that they gonna catch me ridin’ dirty.” The song was at the top of the charts in over five countries.

Swang was revitalized when rap duo Rae Sremmurd released their 2016 song “Swang.” They gave swang a twist: “chilled out,” not unlike when a car is swangin’ down the road. The hook proclaims: “Know some young niggas like to swang / Big bank take a little bank / Everyday spillin’ up drank.”

Swang is most common in black slang. Unlike some slang words like whip, lit, or bae, swang hasn’t yet spread too widely outside the black community. Houston, Texas especially favors the term, where slabs (custom cars) feature swangas (spoke rims). Rae Sremmurd’s good vibes version of swang hasn’t caught on as much within black slang or elsewhere.

I remember when I first moved to Houston I use to be scared to drive ! Now………….be SWANGIN SWANGIN ! 🤣

Car aficionados often will tag pictures of their cars with #swang or #swangin to prove that they’re driving a souped-up ride.

Other artists have titled their song with the slang word, including Belgian hip-hop duo blackwave. in their 2018 “Swangin’.” Its video imagines them driving a Tesla car into outer space.