What does Taylor Gang mean?

Yeaaahhhh! It’s young Khalifa, man! The Taylor gang refers to the rapper Wiz Khalifa fans and his crew. It’s also the name of Wiz Khalifa’s record label, Taylor Gang Entertainment. And no, Taylor Swift has yet to be invited in.

Where does Taylor Gang come from? 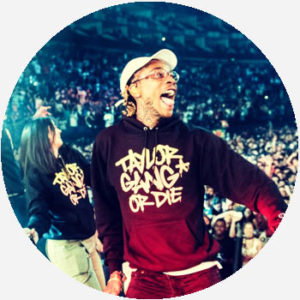 Taylor Gang was coined back in 2006 to describe Wiz Khalifa’s “crew” and his growing number of fans. Wiz Khalifa (Cameron Jibril Thomaz), a rap artist known best for his 2011 hit “Black and Yellow,” came up with the name as a tribute to his Pittsburgh, Pennsylvania high school, Taylor Allderdice, as well as a reference to the Chuck Taylor shoes the artist favors. 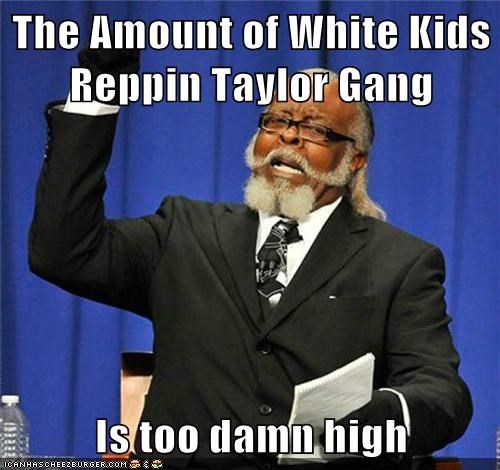 Taylor Gang is more than just a group identity, though. As Wiz described it in a 2011 interview, Taylor Gang is a way of life involving getting high and making money. 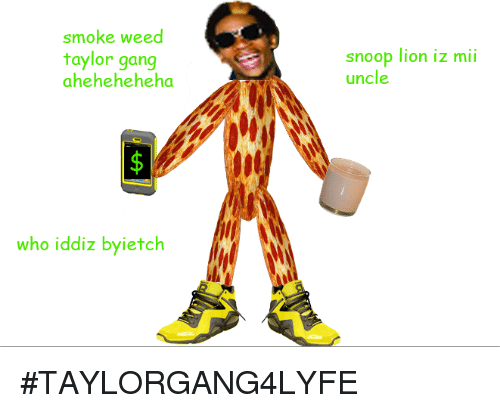 In 2008, Wiz Khalifa started Taylor Gang Entertainment, a music and film production company based in Pittsburgh. His label has signed Juicy J, a member of Three 6 Mafia, and up-and-coming hip-hop artists like Lala Monroe and Tuki Carter. They are all part of the Taylor Gang.

Wiz brought out Taylor Gang, Skies, and Swae Lee. Dude is such a good artist to see live.

The motto of the whole Taylor gang scene, including the production company, is Taylor Gang or Die, often abbreviated TGOD.

Taylor gang or you're a stranger
@tycashhhh, July 2018
No one will ever understand how much I used to be the biggest Taylor gang fan back in high school😩 #TGOD
@_txlula, July 2018
Wopo, who was killed in a drive-by shooting on June 18 while driving through the Hill District, was on the verge of signing with Taylor Gang, a label founded by Pittsburgh star Wiz Khalifa that is distributed by his label, Atlantic Records.
Scott Mervis, The Pittsburgh Post-Gazette, June 2018
SEE MORE EXAMPLES

Taylor Gang is a gang in the “band of friends” sense of the word. Wiz Khalifa was a pretty quiet kid in high school and despite his heavy pot-smoking ways, he never got mixed up in criminal gang drama.

The term Taylor Gang can cause some confusion, but the vague definition given to it by Wiz makes that understandable. That ambiguity lets people use it as a reference to the hip-hop collective based in the Taylor Gang Entertainment production company, Wiz Khalifa fans, and the lifestyle Wiz is promoting—Chucks and all.

For the Taylor Gang, we got the 1970’s Letterman pack going for R999 a pair, cop a pair and stay taylored https://t.co/3JUrQ0IHdo pic.twitter.com/Dj6SjM92B9

Wiz Khalifa and his whole scene isn’t as popular today as he was in the late 2000s and early 2010s, but he still has a huge following—even if they’re just a bit nostalgic.

Saw a dude wearing a Taylor Gang or Die shirt today. Glad 2008 is back in style.

This is not meant to be a formal definition of Taylor Gang like most terms we define on Dictionary.com, but is rather an informal word summary that hopefully touches upon the key aspects of the meaning and usage of Taylor Gang that will help our users expand their word mastery.