Feedback
this ain't it, chief
this is why I’m br...

What does this guy mean?

Who’s got two thumbs and just dropped their cell phone in the toilet? This guy. This guy is an expression used to highlight when someone has done something stupid or unbelievable. It’s often used to reference oneself.

Where does this guy come from?

Guy, as general term for a “man,” emerges in the mid-1800s. The phrase this guy, of course, saw subsequent use in all sorts of natural contexts. By the 1930s, this guy was being used as a colloquial way to identify people that were causing trouble or needed some dealing with, later associated with a type of tough-guy, Mafia talk.

When the this guy punchline emerges is unclear, but may have been influenced by a similar joke, get a load of this guy, used to point out people doing something ridiculous. This joke was notably featured in the 1992 film Wayne’s World, where the characters have a Get A Load Of This Cam on their show. 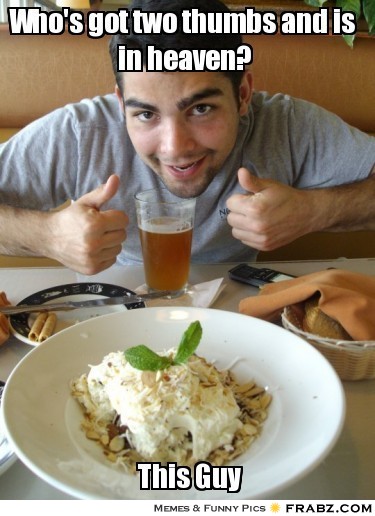 Examples of this guy

Never thought it was possible for a stick figure to look guilty. But look at this guy.
@YouHadOneJ0B, September 2018
If you think you’re a maths wizard, get a load of this guy.
@Channel4, October 2018

What's 7-foot-8, English, and Has Two Thumbs? This Guy 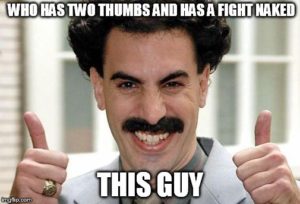 Who uses this guy?

Get a load of this guy is often used to taunt someone seen as stupid, ridiculous, or, occasionally, striking in some way.

Outside of the often self-deprecating or deliberately cheesy two-thumbs this guy joke, this guy can be used to highlight something impressive.

This is not meant to be a formal definition of this guy like most terms we define on Dictionary.com, but is rather an informal word summary that hopefully touches upon the key aspects of the meaning and usage of this guy that will help our users expand their word mastery.