this is why I’m broke

What does this is why I'm broke mean?

This is why I’m broke is a phrase and internet meme used to bemoan one’s finances, especially as a facetious complaint about one’s impulse purchases online.

Where does this is why I’m broke come from? 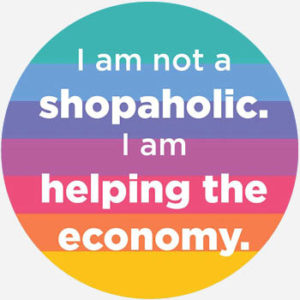 The term broke has been slang for being “out of money” since the 17th century. While the particular phrase this is why I’m broke was undoubtedly used in colloquial speech and writing since then, the expression emerges as a meme in the late 1990s and early 2000s in online forums, where it’s humorously used to introduce a list of reasons why someone is short on cash (e.g., a slew of birthdays falling in the same month).

This is why I’m broke reached Twitter in 2008. One tweeter,@MacGeekGirl, may have helped explained why: “What better way to stave off boredom at work than by shopping online? Oh…this is why I’m broke…” The rise of online shopping made it easier for consumers to buy more—and increasingly niche and novel—products, often as impulse purchases. And, the spread of advertising tracking made it easier for sellers to entice them.

This is why I’m broke takes off in the late 2000s. In 2009, many tweeters were beginning to tag descriptions of expenditures, especially when sharing about over-shopping or complaining about everyday expenses deemed too high, with this is why I’m broke. In many instances, people post the phrase with a link or an image of what they spent (or wanted to spend) their money on, which is an indicator of the growth of image-based social media which could have further helped to popularize the phrase.

By 2011, this is why I’m broke had become a familiar enough phrase online that Adam Freeman launched the popular website, This Is Why I’m Broke, which sells an extensive range of curious or strange gifts and gadgets. Sellers can also pitch their products to the site for display and sale.

Examples of this is why I’m broke

I'm a giver! I loveeeee to give! For no reason! This is why I'm broke!
@Jennix3Jenni, January, 2018
I’m about to spend $100 on magazines this is why I’m broke all the time
@joonbabe7, February, 2018
While sitting amongst a group of fellow degenerate ex-classmates turned 8-to-5 slaves, the topic of discussion was how to pass time at work, safely of course. One guy said, “I usually frequent sites like ThisIsWhyImBroke.com.” This sparked my curiosity. Did this website sell $13 dirty martinis? Because I know that’s why I’m broke.
McMagistrate, Post Grad Problems, December, 2013
SEE MORE EXAMPLES

Who uses this is why I’m broke?

This is why I’m broke is frequently used to humorously caption a picture or description of an expensive product or novelty item (e.g., designer sneakers or a shark-shaped adult onesie). It’s used to express, often as a humblebrag, feelings of buyer’s remorse following an unnecessary expenditure or impulse purchase.

Occasionally, and in facetious reference to the meme, the phrase is used to describe examples of unfair practices by financial institutions. For example, one Twitter user complained “This is why I’m broke” after finding out about unfair service charges from his bank.

The subreddit ProductPorn on Reddit notably features the tagline This is why I’m Broke. Members of the group post pictures of interesting or innovative novelty products, like a levitating LED lamp shaped as a cloud.