Feedback
turn down for what
Twitterstorm

What does turnt mean?

Turnt means extremely excited, wild, or drunk. It can refer to a person’s state of mind, or to an atmosphere, such as at a party.

Where does turnt come from? 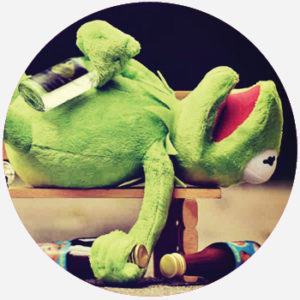 Turnt and turnt up begin as a slang term in African-American English meaning “excited,” “adrenalized,” or “intoxicated,” as the online hip-hop dictionary the Right Rhymes defines it. The term, though especially associated with drugs, alcohol, and sex at a crazy party, has broadened to mean “a state of being wild.”

The term has notably appeared in hip-hop music. The Right Rhymes finds turnt and turnt up in the New Boyz September 2009 track “Turnt,” which features the line: “I’m so turnt up that I’m talking backwards like Yoda.” The term also appeared in a track by Snoop Dogg later that year, and as the title of a track by Lupe Fiasco, a song less about intoxication than self-confidence, suggesting turnt’s range of meanings.

Turnt is similar to the word crunk, also slang for “being excited” or “intoxicated.” It’s so similar, in fact, that hip-hop artist Roscoe Dash called turnt a “2010 crunk” and featured it in his hit song that year, “All the Way Turnt Up.”

“i ain't tryna go to heaven if i cant get turnt there.”
GANGS Facebook (January 3, 2017)
“Someone throw me in the most turnt up music festival on planet earth like right now.”
Lana @LanaAlShareef Twitter (April 11, 2017)
“I be so turnt up, I be swagging to the max”
Christian Arceo, Deandre Way, Jeffery Lee Johnson, and Kevin Michael Erondu, All the Way Turnt Up (January 2, 2010)
SEE MORE EXAMPLES

Turnt up is most often used as an adjective, so a person can get turnt, and a party can be turnt or turnt up. It could also be used as a noun. A turn up can also refer to a party or other event where one might get turnt up.

Turnt was nominated in 2014 for TIME’s annual Worst Words poll, where users of the magazine choose one word they’d like to see banished. It’s been pointed out that the poll often disproportionately targets words used that have been appropriated from African American slang, which points to a troubling bias that TIME readers hold against terms coined by young black people.

This is not meant to be a formal definition of turnt like most terms we define on Dictionary.com, but is rather an informal word summary that hopefully touches upon the key aspects of the meaning and usage of turnt that will help our users expand their word mastery.

turn down for what
Twitterstorm
Home / Words / Slang / turnt