What does under siege mean?

Under siege is a phrase meaning “to be experiencing an attack,” used literally or figuratively. It supplied the title of a noted 1992 action movie starring Steven Seagal.

Where does under siege come from? 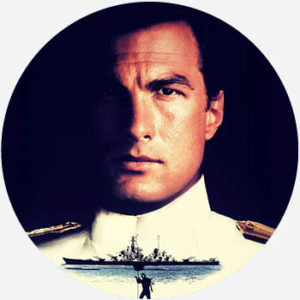 Via French, the word siege ultimately comes from the Latin word for “seat,” which is what siege originally meant in English in the 1200s. By the late 1300s, siege was referring to a “military attack” on a specific target, usually a fortress or city, in order to seize control of it. A target experiencing a siege, then, is said to be under siege.

When the phrase originates, exactly, is unclear, but under siege appears in the 19th century to discuss historic and contemporary military actions. By the 1900s, under siege had extended to other metaphorical “attacks” (e.g., Small businesses are under siege by online shopping).

By the late 20th century, under siege was a familiar enough expression that it titled the 1992 movie, Under Siege. Directed by Andrew Davis and written by J.F. Lawton, the film stars Steven Seagal as a former Navy SEAL performing his trademark martial arts against a band of commando fighters (Tommy Lee Jones and Gary Busey) who try to take control of the USS Missouri battleship.

Under Siege has been the most financially and critically successful movie of Seagal’s career and was nominated for a “Best Sound” Academy Award. Tommy Lee Jones and Gary Busey also earned praise as the villains, and Jones formed a friendship with Navy officer and stuntman John Rottger that would continue through many of his future films. Under Siege allegedly convinced actor Harrison Ford to sign onto the 1993 film The Fugitive, also directed by Andrew Davis.

Examples of under siege

Alex is back in the FBI and with a city under siege, there's no time to lose. #Quantico
@QuanticoTV, May, 2018
[T]he Alamo is under siege once again, this time by commerce and schlock. The plaza has all the gravitas of a saloon, with noisy, carnival-like surroundings that include an Odditorium, Haunted Adventure, Guinness World Records Museum, and Tomb Rider 3D, all courtesy of Ripley’s Believe It or Not.
Robert Rivard, Texas Monthly, April, 2018
When the Chicago Tribune caught up with the designer two months after the Bush inauguration, he was a man under siege. "The demand is so great, it's as if they just invented the pearl," [Kenneth Jay] Lane told the Tribune. "I've done pearl necklaces for years and years, but it's Barbara Bush who has sent pearl sales through the ceiling.
Lisa Gutierrez, The Kansas City Star, April, 2018
SEE MORE EXAMPLES

Who uses under siege?

As a military term, under siege is still used by military personnel and journalists when reporting on operations. For instance, the expression Baghdad under siege was commonly used in newspaper headlines or articles during the Iraq War in the early 2000s. In the 2010s, under siege was especially used of terrorist attacks from Al-Qaeda, the Taliban, and ISIS.

The movie Under Siege is known to fans of Steven Seagal, Tommy Lee Jones, and martial arts or army films. It is not exceptionally popular in contemporary culture, so those who talk about it will most likely be old enough to have seen the movie upon release or have an interest in popular film history.

This is not meant to be a formal definition of under siege like most terms we define on Dictionary.com, but is rather an informal word summary that hopefully touches upon the key aspects of the meaning and usage of under siege that will help our users expand their word mastery.