What does wheels up mean?

Wheels up is a colloquial term for the takeoff of an aircraft, occasionally applied to other vehicles.

Where does wheels up come from? 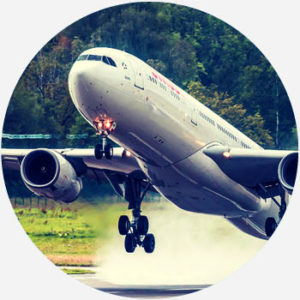 In commercial and military aviation, wheels up describes an airborne plane or helicopter that has retracted its landing gear. Retractable landing gear was first patented in 1911 by aviation pioneer Matthew B. Sellers, with instances of wheels up in technical aviation documents by the mid-1900s. Wheels up has since become a standard way to signify an aircraft’s successful takeoff and ascent, first recorded in Urban Dictionary in 2006.

Before then, wheels up was notably featured on political White House drama The West Wing (1999–2006), used as senior staff jargon for the scheduled take-off of Air Force One or Marine One, the official airplane and helicopter for the president. TV White House comedy Veep (premiered 2012) also uses the expression for the take-off of the president’s aircraft (e.g., wheels up at 10:00).

Wheels up has become familiar enough to inspire the name of an aviation company that allows members to book private jets using a mobile app.

Examples of wheels up

Wheels up to LA 😎

@nynicks, March, 2018
GOOD MORNING AMERICA! Air Force One is wheels up to Mississippi...
@Scavino45, December, 2017
My first flight to a show in almost 2 years. It’s been a long road coming back to this point and I’m so thankful everyone that has supported me through the low points. Wheels up in 10mins... SFO here I come ❤️
@Funkagenda, March, 2018
SEE MORE EXAMPLES

Who uses wheels up?

Wheels up is still used in commercial aviation for plane departures and by political staff and media for when the US president’s aircraft has departed (e.g., We moved back the wheels-up to 12:05.).

Often conveying an air of importance or prestige as perhaps inspired by its presidential associations, wheels up is used by everyday travelers to announce their flight’s takeoff or in general anticipation of an airline flight. On social media, the term is often accompanied by an airplane emoji (such as ✈️) and the airport code of the destination (LAX). Professional sports franchises like the New York Knicks or Oakland Raiders are known to use wheels up for upcoming away games.

Wheels up is sometimes used when a person or group is in transit, even if they’re not specifically traveling by plane. For example, wheels up might be used by college basketball players traveling to a tournament by bus. Wheels up is frequently used as a verb (e.g I’m wheels up to San Francisco right now.).

This is not meant to be a formal definition of wheels up like most terms we define on Dictionary.com, but is rather an informal word summary that hopefully touches upon the key aspects of the meaning and usage of wheels up that will help our users expand their word mastery.