Feedback
Would you rather
xenomorph

Wypipologist is a humorous slang term for someone, usually a Black person, who “studies” wypipo, or “white people.” Wypipo, after all, do some crazy stuff in need of expert explanation.

Where does wypipologist come from? 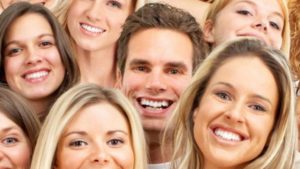 Wypipologist is based on wypipo, a Black slang term for “white people” (particularly those perceived to be racist, unaware of their own privilege, or engaging in cultural appropriation) based on a Black colloquial pronunciation of the phrase. Wypipo is especially found on social media, such as Black Twitter, and is recorded as early as 2016.

Added to wypipo is the suffix -ologist, signifying someone with expert knowledge of a particular domain of study, usually a kind of science (think biologist). A wypipologist, then, “studies” wypipology— the science of white people, as it were, or white, mainstream culture.

Why does Donald Trump keep coming for black folks?

We consulted resident our wypipologist, @MichaelHarriot, to take a look at Trump’s tweets about black people, by the numbers. pic.twitter.com/xwweIInigj

The term wypipologist appears to have been coined by journalist and commentator Michael Harriot, a major contributor to the Black-geared website The Root in early 2017. In his bio for the site, Harriot describes himself as a “world-renowned wypipologist.”

Harriot often uses wypipologist in his irreverent coverage of white people and their sometimes-ridiculous or racist behaviors, ranging from the humorous (making acoustic versions of rap songs) to the harmful (calling cops on Black people for being, well, Black).

From Harriot, the term has spread and a few other media personalities began cheekily calling themselves wypipologists.

As a member of the growing subset of wypipologists who study Trump-related subjects (a Lie-entist, if you will) I have cataloged every single genus and species of black Donald Trump supporters for your edification.
Michael Harriot, The Root, August 2018
Today, I learned an Amazing word. It's Wypipologist. It apparently means 'Expertise in the kind of stupid shit Wypipo do.' If you still are wondering, Wypipo is apparently the street term for '(Racist) White People' 😂
@muralisatagopun, August 2018 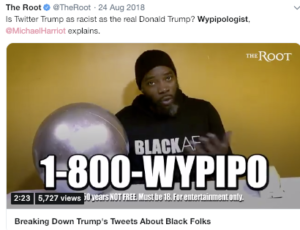 The term wypipologist remains prominently used by Michael Harriot in his coverage of white culture for The Root, though wypipo on its own is fairly common on social media.

Some Black people, however, have also humorously or casually adopted the title wypipologist in making observations about the behavior of white people. Hey, all those BBQ Becky’s and Permit Patty’s aren’t analyzing themselves, it seems.

Some white people may take offense to wypipo/wypipologist as an example of reverse racism, but others would counter that these complaints overlook the privilege white people have historically enjoyed in mainstream culture and the long-running oppression of people of color.

This is not meant to be a formal definition of wypipologist like most terms we define on Dictionary.com, but is rather an informal word summary that hopefully touches upon the key aspects of the meaning and usage of wypipologist that will help our users expand their word mastery.

Would you rather
xenomorph
Home / Words / Slang / wypipologist