Yaldi is a Scottish slang interjection expressing excitement or joy.

Where does yaldi come from? 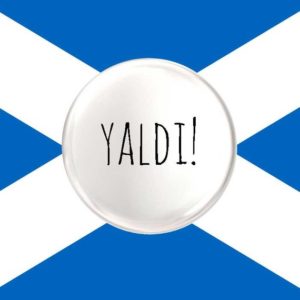 Yaldi is distinctly Scottish slang, but its origins are somewhat uncertain. It came into use sometime at least by the mid-2000s. It’s possible that the word comes from a mispronunciation of the 19th- century Scottish slang laldy.

Laldy originally means “a beating,” but it is often used in the expression give it laldy, or “do something enthusiastically.” One suggestion is that yaldi might be a combination of yes and laldy to express lots of enthusiasm.

Yaldi is often used as an expression of joy and happiness on its own, sort of like Hooray! or Yaas! It can also be used in the expression give it yaldi, like give it laldy, meaning “do something with a great deal of vigor,” particularly when it comes to singing or dancing.

As an exile living in England, I still use Scots words, much to the natives confusion. If not used a language will die, so keep gaein it laldy 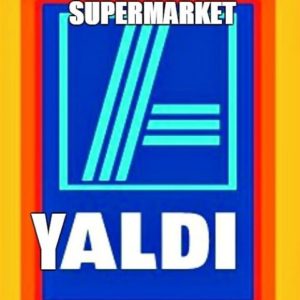 The expression yaldi and give it yaldi are closely associated with Scotland and the city of Glasgow especially.

One can use yaldi to express joy or happiness about anything, but particularly about winning in sports. A 2015 article from The Scotsman noted a podcast guest screamed out Yaldi! after his association football team scored.

The expression giving (geein in Scottish) it yaldi is used to describe doing thing with great gusto, especially partying—sort of like going hard or ham in American slang.

Geeing it yaldi on guitar hero.

Originating in the early 200s, yaldi is a favorite of younger Scots.

Thank you Hannah! I hope you join us very soon. As we say in Iceland; “frelsið er yndislegt” or “freedom is lovely” – or as you say in Scotland: YALDI

There is also a line of candy from Glasgow named Yaldi with very Scottish-sounding treats such as Buckie Creams available in Braw Bottles. 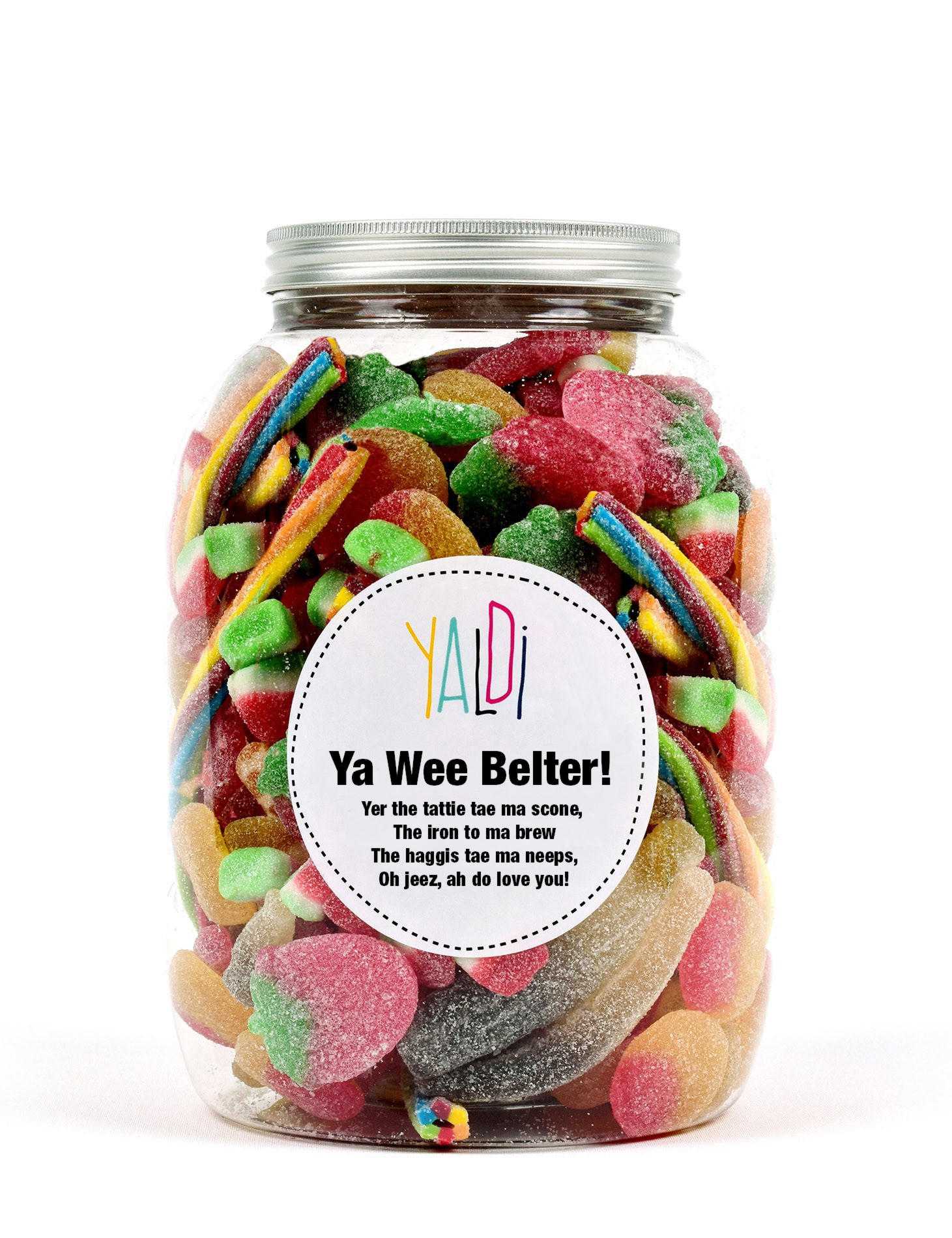 This is not meant to be a formal definition of yaldi like most terms we define on Dictionary.com, but is rather an informal word summary that hopefully touches upon the key aspects of the meaning and usage of yaldi that will help our users expand their word mastery.