What does yes ma'am mean?

Yes ma’am is a polite way of affirming something an older or superior woman has said, often used to show sass or excitement in response to something more generally.

Where does yes ma’am come from? 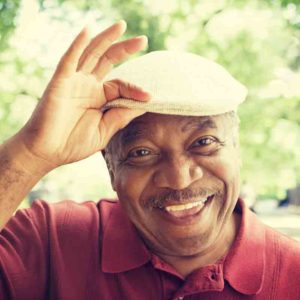 Since at least the late 1600s, ma’am has been a contraction of madame, a formal address for a woman of superior social status. Madame, for the word-curious, is borrowed from French, in turn from the Latin mea domina, or “my lady.”

By the 1800s, yes ma’am was well-established in the US as a polite affirmation, particularly expected of younger children when questioned by mothers, schoolteachers, or other older female authority figures (e.g., Yes ma’am, I’ll sit down now.)

The expression has become especially associated with the English of the South or American West, where it in many instances became shortened to yes’m.

In the 20th century, yes ma’am extended as a humorous or friendly way to express enthusiastic agreement with someone regardless of gender (e.g., Yes ma’am, she’s a great car!). And, while originating as a polite affirmation, yes ma’am also evolved into a rude remark.

A response of yes ma’am, apparently, had become so expected of children or inferiors that they came to issue it reflexively, insincerely, or forcibly (e.g., Yes ma’am, I’ll be absolutely sure to get on it right away) uttered under the breath or with an idea. 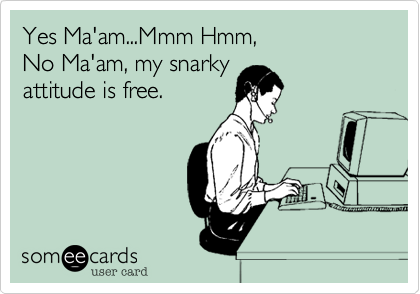 And so, to yes ma’am (and no ma’am) someone is to tell them what they want to hear so they will leave you alone. A mother, for instance, may scold a snide child, “Don’t you ‘yes ma’am’ me” if she feels the child’s affirmation is empty.

am i walking through campus jamming to the cheetah girlz soundtrack? yes mam
@kylemcphillips, April, 2018
"So I'm trying to make conversation, and he was 'Yes ma'am. No, ma'am.' His manners were just fabulous."
Brenda Johnston quoted in Will McFadden, Atlanta Falcons, May, 2018
I heard that a school board president said yesterday, "Don't you dare go back into your classroom until you, your coworkers, and your students get what they deserve!" 👀 YES MA'AM![...]
@RedForEd, April, 2018
SEE MORE EXAMPLES

In speech and writing, yes ma’am is still used as a polite affirmation to an older or superior woman. It is sometimes considered old-fashioned or childish outside the American South and Black English. Other times, it is seen as the height of good manners.

Outside of formal contexts, yes ma’am can add color and humor to an emphatic expression of approval, appreciation, or agreement, as if imagining an older or superior female audience.

i love pretty girls that’s on they shit… YES MA’AM !

This is not meant to be a formal definition of yes ma’am like most terms we define on Dictionary.com, but is rather an informal word summary that hopefully touches upon the key aspects of the meaning and usage of yes ma’am that will help our users expand their word mastery.