Feedback
yiff
you are

What does yinz mean?

Yinz is a Pittsburgh equivalent to y’all. It is used to address two or more people as a second-person plural pronoun.

Where does yinz come from? 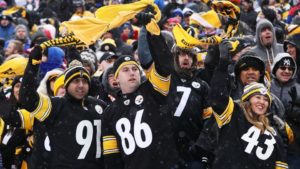 In the early 17th century, southwestern Pennsylvania, including Pittsburgh, was settled by Scottish-Irish immigrants. They spoke a Scots-Irish variety of English which featured you ones used as a second-person plural pronoun (vs. the Standard English use of you for both the singular and plural).

Barbara Johnstone—a professor at Carnegie Mellon University and an expert in what’s called Pittsburghese—has located the Scots-Irish you ones as the source of the Pittsburgh yinz. You ones became pronounced as you-uns by the 1800s, further smushed to yinz, among other forms like yunz, by at least the 1980s.

Yinz has since become so associated with Pittsburgh identity and pride (though forms are also found in Appalachia) that locals may refer to themselves as Yinzers.

WATCH: What Are All Of The Different Ways To Pluralize "You"?

KDKA (headline), May 2018
I love all of you. Whether we’re best friends or aquatinted. I love yinz
@WhoIsNark, October 2018 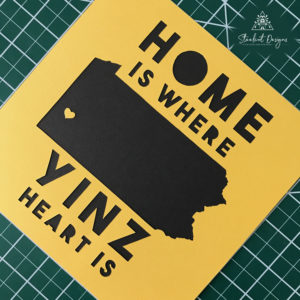 Yinz is common (and useful) feature of the Pittsburgh dialect of English. It is used for the plural you just like you all or the Southern English y’all.

Besides its actual use, Pittsburghers also use yinz as a shibboleth and symbol of pride along with other terms like jagoff. Companies may also use the local color of yinz as a marketing strategy.

This is not meant to be a formal definition of yinz like most terms we define on Dictionary.com, but is rather an informal word summary that hopefully touches upon the key aspects of the meaning and usage of yinz that will help our users expand their word mastery.