Feedback
you're doing amazing...
you're so sound

or You’re killing me, Smalls

What does You're killin’ me, Smalls mean?

You’re killing me, Smalls is used as a general expression of exasperation with someone or something.

Where does You’re killin’ me, Smalls come from? 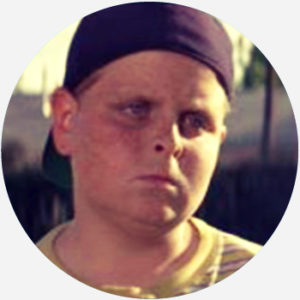 You’re killing me, Smalls originates in the 1993 baseball movie The Sandlot. The movie revolves around a boy named Scotty Smalls who moves into new neighborhood and is taken under the wing of the local boys and taught to play baseball.

On two separate occasions in the film, Scotty Smalls displays ignorance about some part of childhood the other boys regard as essential. In the first case, the character Ham Porter asks him if he wants a s’more. Misunderstanding the question, Smalls asks, “S’more what?” After a bit of back-and-forth, Ham exclaims in exasperation, “You’re killing me, Smalls” and explains what a s’more is. Ham uses the phrase again when Smalls, after he’s offered chewing tobacco, asks, “What do you do with it?” much to the irritation of his friends. The popularity of both the character Ham and the feel-good, coming-of-age film itself helped cement the line in pop culture.

Examples of You’re killin’ me, Smalls

“I turn my back on him for 2 seconds and he grabs my pen... #thisonesahandful #yourekillingmesmalls”
Leia Shipp Facebook (January 1p, 2016)
“Just saw this chick driving down the highway with no headlights AND she was texting. You're killing me Smalls.”
Alec Robles @arobles_16 Twitter (April 13, 2017)
“‘You already forgot Compliment Thursday?’ She sighed, but a smile still remained on her face. ‘You’re killin’ me, smalls.’”
Jennifer Blackwood, Foolproof (2015)
SEE MORE EXAMPLES

Who uses You’re killin’ me, Smalls?

The phrase received a spate of media attention when Tom Guiry, the actor who played Scotty Smalls, was arrested for headbutting a police officer in 2013. Headline writers did not miss an opportunity to reference the quote in their coverage Guiry’s arrest.

Spelling and formatting is not standardized in this phrase. Although you’re killing me, Smalls is a common way to write it (and how it’s spelled in the script), it can also be you’re killin me or you’re killin’ me thanks to colloquial pronunciation. The comma before Smalls may or may not make an appearance, and Smalls is not always capitalized.

The lack of capitalization even in published sources such as books might indicate that the phrase is being used even by people who haven’t seen the movie and aren’t aware that Smalls is a name rather than a generic nickname like shorty.

you're doing amazing...
you're so sound
Home / Words / Slang / You’re killin’ me, Smalls