Feedback
you are
you reap what you so...

What does you mad bro? mean?

U mad? is a slang phrase used to taunt and push the buttons of someone who is already angry or upset. It can be used as a question or simple declaration. U is sometimes spelled out as you.

Where does you mad bro? come from? 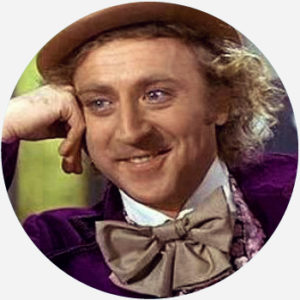 Harlem-based rapper Cam’ron is credited with popularizing u mad. Cam’ron appeared, along with hip-hop producer Damon Dash, on The O’Reilly Factor in 2003. Cam’ron asked O’Reilly why he was interrupting Dash, then declared, in a sing-song voice, “You mad.”

The following year, the first entry for u mad appeared on Urban Dictionary, also giving Cam’ron credit for coining the term. Around that time, a still image of Cam’ron waving his finger and smirking began to circulate online with the caption, you mad.

Over the late 2000s, u mad? and its many variants spread online, used especially as a caption for images of various people laughing or smirking, as if rubbing someone’s loss or frustration in their face. It also became a popular taunt on online forums and among gamers.

Eventually, u mad? spread to the worlds of sports, politics, and the broader culture. In 2011, Kirtland High School students in Ohio raised a banner that read You Mad Bro after a football victory against neighboring Painesville’s Harvey High School. A local NAACP chapter argued that the sign constituted “ethnic intimidation.” The superintendent of Painesville City Schools felt that the use of bro “definitely has a racial connection to it,” with bro here being associated with Black vernacular. Writers for Time and Gawker wrote at the time argued that, while it was a stretch to say the phrase was used with racist intent, it did represent poor sportsmanship.

In 2012, following Barack Obama’s reelection, many people posted photos of Obama or his wife Michelle with variants of u mad? as the caption. Seattle Seahawks player Richard Sherman even posted a picture of himself, captioned with u mad bro, mocking Tom Brady of the New England Patriots after their 2015 Superbowl victory.

Examples of you mad bro?

“So sometimes because, I think I'm hilarious, when my baby starts fussing I say to her 'u mad bro?' (Won't when she's older.)”
Bethany Leino Davis @TheGoblinGal Twitter (March 25, 2017)
“You can disagree with her, but lmao, if you have the courage to make a thread like hers go for it, I'm pretty sure she nailed it. Why u mad”
@handofthe7kings Twitter (March 26, 2017)
“On the internet, 'u mad, bro?' (and its earlier cousin 'you mad?') is a classic meme deployed to maximize the rage-inducing effects of trolling.”
Max Read, “High Schoolers' 'You Mad Bro' Sign Called 'Racial Intimidation',” Gawker (September 5, 2011)
SEE MORE EXAMPLES

Who uses you mad bro??

While u mad? is primarily meant in jest, the phrase, as evidenced by the 2011 Kirtland High School controversy and its widespread role in online trolling, can be or come across as rude or unsportsmanlike.

This is not meant to be a formal definition of you mad bro? like most terms we define on Dictionary.com, but is rather an informal word summary that hopefully touches upon the key aspects of the meaning and usage of you mad bro? that will help our users expand their word mastery.