Feedback
you reap what you so...
you're doing amazing...

What does you rock mean?

You rock is a slang phrase of praise or encouragement conveying “You’re awesome (at something)” or “You can do it!”

Where does you rock come from? 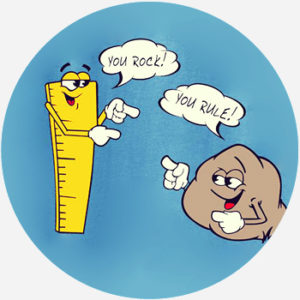 You rock ultimately evolves from rock music and the long history of the genre’s name.

Rocking and rolling was associated with the motion of ships in the early 1800s and took on sexual connotations in the 1920s, which migrated to dance music by the 1930s. Around then, popular blues songs were described as rocking, and the people who danced to them rocked.

In the 1950s, the genre of rock ‘n’ roll became fully established, as did the slang association of rock with the high energy of its sound and edgy, rebellious coolness of its social scene.

By the 1960s, the verb to rock meant “to be full of life and excitement,” and it’s this sense that has lead to you rock, “to be excellent (at something)” more generally.

Examples of you rock

Admit it: You kind of rock when it comes to picking out gifts for everyone on your list.
Taylor Stephan, E! News, December, 2017
111 proud women can walk in the streets like winners because they had the courage to run for the elections. I wish all of them are elected, and I would vote for any of them. You rock 💪🏻
@elissakh, March, 2018
It means everything to be a girl of color and play Meg Murry because Meg Murry is, in the books, a Caucasian little girl. It’s just surreal because I get to empower other little African-American girls around the world and say that you can be a superhero and you rock and you can conquer the world and you are beautiful just the way you are and your flaws are nothing and you’re awesome.
Storm Reid quoted by Desiree O, Brit+Co, November, 2017
SEE MORE EXAMPLES

Who uses you rock?

You rock is commonly used in speech and writing by diverse people to show strong and enthusiastic support for someone else.

You rock! can be used by itself as a positive exclamation, often as a colloquial way of telling someone thanks for a service or favor. It can also be used as part of longer expressions such as you rock my socks off or you rock my world. The phrase frequently specifies actions that a person is good at, as in you rock at playing guitar, or qualifications, as in you totally rock.

The phrase is almost always used sincerely, though sarcastic examples do exist. Users may also punctuate you rock in digital communication with an emoji, e.g., “You rock 👍 💯.”

This is not meant to be a formal definition of you rock like most terms we define on Dictionary.com, but is rather an informal word summary that hopefully touches upon the key aspects of the meaning and usage of you rock that will help our users expand their word mastery.