What does yt folx mean?

Where does yt folx come from? 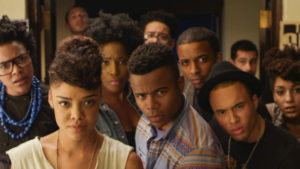 The yt in yt folx appears to stem from the slang term whitey. Whitey, evidenced since at least the 1830s, has been used by black Americans to disparage white people, especially implying oppression and racial discrimination. By at the early 2000s online, whitey was spelled phonetically at yt.

Black slang has a history of alternate spellings (cf. phat or thicc), and folx, for folks, seems to follow in this vein. We should note that elsewhere in culture, folx serves as a gender-neutral way to refer to members of or signal identity in the LGBTQ community.

Together, yt folx became a slang phrase for “white folks” by the mid-2000s. It’s evidenced on 2006 on Twitter, the year the platform began, and thus likely had been in use in black internet spaces before it.

Why do YT folx believe that holding the door for you (especially when you’re a mile away) is gonnna solve systemic oppression? 😂

The deliberate misspellings of yt folx may have spread as a way around censors and moderators online, given that some may see white folks as a slur. Indeed, some white people have pushed back against yt folx, seeing it as a racist term—a reverse racism viewpoint which often overlooks the long-running inequality and inequity minorities have faced in the US.

Yt folx exists alongside other internet slang terms for white people, including wypipo, a humorous term based on the phonetic pronunciation of “white people.” Y.P. Pull, Why Pee Pole, and Wipe E. Puh are other variants, meant to look like names. 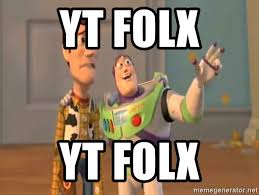 As its spelling indicates, yt folx is internet slang primarily found on social media sites such as Twitter or Facebook.

People of color, especially black Americans, may use yt folx in both humorous and serious contexts, typically to call out white privilege.

Yt folx are always like "Homygawsh a train at night that's literally the most dangerous" but they'll go cliffdiving in shark infested water.

Welcome to UC Irvine, where the YT Folx feel threatened when anyone checks them, where YT folx really believe in reverse racism and color blindness. Welcome to UCI, where YT folx vandalize school property by writing “it’s okay to be white” where ever they can.

These injustices can include forms of cultural appropriation…

Yt folx swear that being a poc isn’t that difficult and that we’re just being sensitive/weak/offended on purpose but start to unravel at the seams when faced with any racialized situation.

omfg the shoplifting subreddit got banned??? yt folx have the privilege of being perceived as innocent by retail employees and instead of safely securing the bag and shutting the fuck up, they shout about it on the internet

This is not meant to be a formal definition of yt folx like most terms we define on Dictionary.com, but is rather an informal word summary that hopefully touches upon the key aspects of the meaning and usage of yt folx that will help our users expand their word mastery.