4chan is an internet message board where users can post anonymously.

The Hacker Known as 4Chan, an hero, rules of the internet, bluepilled normalfag

Where does 4chan come from? 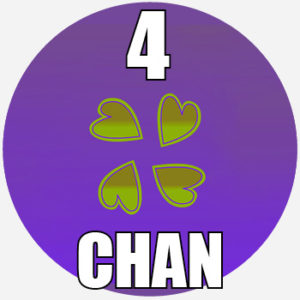 In 2003, when he was just 15 years old, Christopher Poole founded 4chan under the username moot. At the time, Poole had been a fan of two Japanese image-based message boards, Futaba Channel (hosted at 2chan.net) and 2channel (2ch.net). Poole managed to build his own imageboard based on the Futaba Channel. The 3chan domain was already in use, so Poole named his site 4chan.

On Futaba Channel, users were able to post anonymously, a feature that Poole incorporated into 4chan. The default Japanese name that Futaba Channel applied to these users translated as nameless, but Poole changed it to anonymous, a term that has become synonymous with 4chan’s userbase of over 22 million monthly visitors.

4chan contains a number of subsections called boards. A given board is usually referred to by the part of the url after the slash, as in /pol/ for the “politically incorrect” board or /x/ for discussion of the paranormal. At first, 4chan had only two boards, /a/ for anime, and /b/, the random board.

4chan played host to the creation of some of the internet’s best-known memes. Saturday became known as Caturday, when users would post funny pictures of cats, often with intentionally misspelled captions, known as LOLcats. The site also originated the popular prank known as Rickrolling, a bait-and-switch where a link leads to Rick Astley’s “Never Gonna Give You Up” video rather than relevant content.

4chan’s influence began to spread beyond the site itself, as users began to engage in pranks, hacks, and hoaxes, with wide-ranging results. The activist hacker group known as Anonymous arose from 4chan. In 2008, 4chan users, under the banner of Anonymous, launched a campaign, known as Project Chanology, against the Church of Scientology, which included in-person protests and a distributed denial of service (DoS) attack against the Church of Scientology’s website. During the Arab Spring Protests in 2011, Anonymous deployed a special type of DoS attack against the Tunisian Stock Exchange and the Egyptian government.

4chan entered the public eye again during the 2016 Presidential election. Users organized to spread pro-Trump and anti-Clinton messages around the web. On the night of the election, many on 4chan took credit for Trump’s win.

Does Sean Spicer get his news from 4chan?
@RealChrisCutts, April, 2017
The weirdos on 4chan could probably solve world hunger if they thought it would be a good troll
@WarrenLotas, April 2017
The problem is compounded by the fact that deception and trolling are at the heart of 4Chan’s culture, making it impossible to strike through the pasteboard mask of anonymity and determine a poster’s true motivation.
Ben Schrekinger, “World War Meme,” Politico Magazine (March/April 2017)
SEE MORE EXAMPLES

Due to the anonymity provided by the site, not all the content is so innocent. There have been at least two arrests in cases where users downloaded child pornography from the site. In one case, it was 4chan moderators who tipped off law enforcement. In November of 2014, a suspected murderer uploaded photos of his victim to 4chan.

The anonymity and lax rules of the site have also given rise to some actions that have been controversial or even dangerous. One user livestreamed a suicide attempt, while others on the message board egged him on. Another user served six months in prison for posting bomb threats to the site. In 2014, hacked nude photos of dozens of celebrities were leaked to the site, in an event that became known as the Fappening.

4chan users have also engaged in smaller pranks, notably trying to sway online polls. They voted Poole to the top of Time’s 100 Most Influential People list in 2009, which Time itself acknowledged as evidence of 4chan’s, and therefore Poole’s, influence.

At roughly the same time, 4chan users organized a campaign of harassment against game developer Zoe Quinn in what became known as Gamergate. They made plans to use the hashtag #gamergate to gain publicity on Twitter and to uncover details of Quinn’s personal life and make them public, also known as doxing. Quinn herself was able to sit in on the IRC chats and leak the chatlogs. Stemming partially from the Gamergate and Fappening controversies, Poole decided to step down from his role running 4chan.

Events like these have led some to call 4chan an “internet hate machine” and “one of the darkest corners of the web.”

This is not meant to be a formal definition of 4chan like most terms we define on Dictionary.com, but is rather an informal word summary that hopefully touches upon the key aspects of the meaning and usage of 4chan that will help our users expand their word mastery.