What does dihydrogen monoxide mean?

Dihydrogen monoxide is a technically correct, though rarely used chemical name for water. It has been employed as a hoax to evoke fear in the minds of people who are scientifically uninformed. This term is never used by actual scientists, that is, unless they are behind a pranking attempt.

Where does dihydrogen monoxide come from? 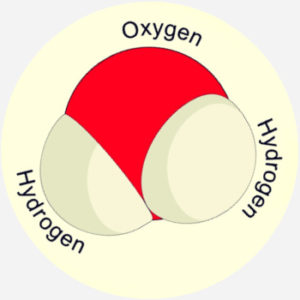 In 1983, a false story about dihydrogen monoxide appeared in the April Fools’ Day edition of a weekly paper from Durand, Michigan. The story listed a number of alarming safety concerns related to a substance made up of two hydrogen atoms and one oxygen atom (H2O) called dihydrogen monoxide, or water. The term, though virtually unused by the scientific community, does generally follow conventions for naming compounds.

In April 1997, a Pittsburgh Post-Gazette story, “Internet-inspired prank lands 4 teens in hot water,” detailed another iteration of the hoax. This time, four boys between the ages of 14–16 distributed fliers cautioning people to call an 800 number if they suspected their water was contaminated with dihydrogen monoxide. The number directed panicked callers to a phone sex line. The article claims that the made-up chemical formula is a “scientist joke as old as a kick-me sign on the back of a lab smock but began circulating on Internet newsgroups as early as 1994, when message posters carried out seemingly serious debates about the pros and cons of banning the stuff.” This suggests that by this time the hoax had become a popular in-joke among scientists but was otherwise not widely known.

Knowledge of the “scientist joke” spread more publicly that year in 1997 when a student used the dihydrogen monoxide hoax as the subject of a winning science fair project titled “How Gullible Are We?”

Awareness of the joke, which persists on websites like www.dhmo.org, has come up a number of other times, in efforts to encourage scientific literacy, common sense, and the value of being skeptical in questioning alleged information. Dihydrogen monoxide, as the prank website’s URL shows, is sometimes abbreviated as DHMO. The success of the hoax is also due in part to the term’s technical and scary-sounding complexity, which brings to mind the names of actually dangerous chemicals like carbon monoxide or sodium peroxide.