Watson 853 is an identifier code imprinted on a generic painkiller containing hydrocodone and acetaminophen. The drugs are associated with the death of the musician Prince in 2016.

Where does Watson 853 come from? 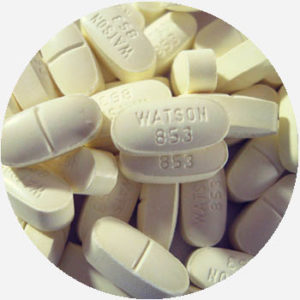 Watson 853 has been a powerful drug in the realm of painkillers for quite some time … or, rather, its two main components, hydrocodone and acetaminophen, have.

First discovered in 1920 and approved by the Food and Drug Administration (FDA) in 1943, hydrocodone is a widely prescribed opioid drug, reaching 100 million prescriptions in 2010 alone. Acetaminophen, when most of us go to the drugstore, is Tylenol, a non-opioid saver of hungover partygoers the world over since 1877. 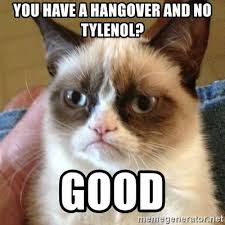 Combined together, hydrocodone and acetaminophen create a potent mix, prescribed for moderate to severe pain relief. Vicodin and Norco are two common trade names for the drug, which the FDA classifies as a Schedule II substance due to its high risk for abuse and addiction. Founded in the 1980s, Watson Pharmaceuticals, later Actavis and now owned by Teva, makes a generic version, with Watson 853 imprinted on the pill, hence the name. 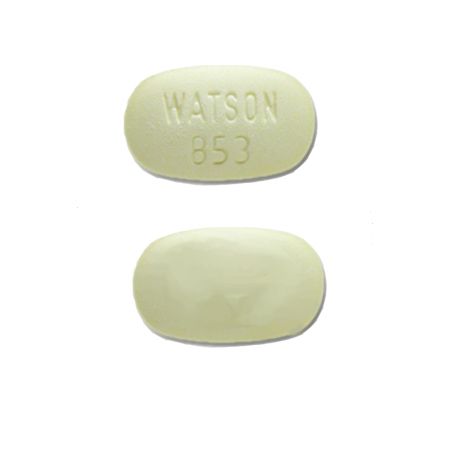 Watson 853s were found on the scene of the musician Prince’s death in April 2016. Pills of them laced with fentanyl, an extremely powerful opioid, were ruled to cause his fatal overdose.

Watson, 853, it's you and meeee, you're like a dreaaam 🎶
@jordokennedy, August, 2014
Also as a side note,  anyone prescribed hydrocodone,  you will find absolutely 0 pain relief if you are disp the hydrocodone stamped for example "Watson 853" mfg by Actavis.  Horror stories all over the internet of how these don't work.
@muffsgirl68, February, 2018
More than 100 white capsules labeled "Watson 853" — like Vicodin, a mixture of acetaminophen and hydrocodone, a prescription drug classified as a narcotic — were hidden in Aleve and Bayer aspirin bottles and found in numerous rooms inside Paisley Park.
Maria Puente, USA Today, April, 2018
SEE MORE EXAMPLES

Doctors, pharmacists, and patients are familiar with Watson 853, sometimes call Watsons, 853s, tabs, or hydros on the street. Users—and what seem to be recreational abusers—sometimes discuss a love of Watson 853 online.

If you’re feeling those tequila shots the next morning, stick to the water and OTC headache medicine and avoid those long, white Watson 853s. The highly addictive drug contributes to the opioid crisis in the US, which the Centers for Disease Control estimated caused 115 overdoes every day in 2017.

This is not meant to be a formal definition of Watson 853 like most terms we define on Dictionary.com, but is rather an informal word summary that hopefully touches upon the key aspects of the meaning and usage of Watson 853 that will help our users expand their word mastery.