Everything After Z by Dictionary.com
Previous Word Allahu Akbar
Next Word baiser

Allahu Akbar is a common exclamation that literally means "God is (the) greatest" in Arabic.

In Islam, it's variously used in prayer, as a declaration of faith, and during times of great joy or distress. In the West, the phrase has become associated with Islamist terrorism.

Actors Storm Iran Mall Dressed as ISIS Fighters Shouting 'Allahu Akbar'
Brendan Cole, Newsweek (headline), May, 2018
Peace Good Morning Good People. I woke up before my alarm and I actually feel rested. Allahu Akbar its my FRIDAY let's gooooooo!
@PrinceHakeem, November, 2010
An old man in my area bought a land yesterday & gave a community graveyard for free coz the graveyard was filled up,GUESS WHAT? He died at night & was buried on same land this morning,he bought a land not knowing he’ll be buried on it a day after,Allahu Akbar,May our end be good.
@angry_ustaaz, May, 2018
SEE MORE EXAMPLES

Where does Allahu Akbar come from? 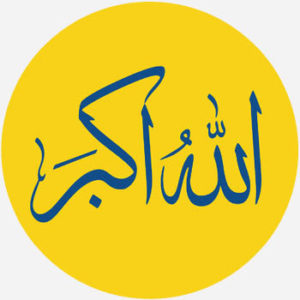 In the Islam religion, Allahu Akbar is known as the Takbir, or “declaring greatness.” The phrase is written as الله أكبر  in Arabic script, based on Allah (“God”) and akbar (“greatest”).

While not found in the Koran, Allahu Akbar is said to have been cried out by the prophet Muhammad at the Battle of Badr in 624 CE. Evidence for the phrase can be found in English in the early 1600s.

Allahu Akbar plays a prominent and frequent role in everyday Islamic life, and it notably appears on the flags of Afghanistan, Iran, and Iraq (below). 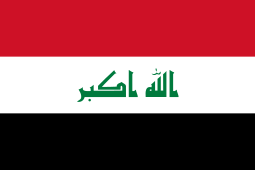 Worshippers chant it during daily prayers and fans cheer it upon football victories. Parents exclaim it upon the birth of a child. Soldiers shout it in battle. It is that last area of use that has made Allahu Akbar most familiar to Westerners in the 2000s, hijacked—as many Muslims feel the normally peaceful phrase has been—by Islamist extremists and terrorists.

For the record, “Allahu Akbar” has no inherent political/violent connotation meriting instant terror diagnosis.I say it like 20 times a day.

Hijacking, alas, is an operative word, as Allahu Akbar has been found in notes and cockpit recordings connected to the 9/11 attacks. Witnesses report assailants defiantly shouting Allahu Akbar before perpetrating subsequent terrorist attacks, including the 2009 Fort Hood shooting.

Misinformation about the expression has lead some Westerners to think Allahu Akbar is a phrase only used by terrorists and others to incorporate it into Islamophobic content on the internet. This misinformation has also had some real-life consequences.

Following the 2017 attacks in Barcelona, the mayor of Venice threatened to sniper anyone uttering Allahu Akbar in St. Mark’s Square—which would be like shooting down any English-speaker just for saying “God is good.”

On the lighter side, though betraying ignorance of Islamic culture, a St. Louis reporter was roundly mocked in 2017 for mispronouncing Allahu Akbar as Aloo Akbar. That means “potatoes are the greatest.”

I just saw a TV reporter pronouncing it as ‘aloo akbar’ which literally translates to ‘potatoes are the greatest’ https://t.co/6qLi52fU2y

Allahu Akbar is used by the many millions of Arabic-speaking Muslims throughout the world and throughout their daily lives, from formal prayers to informal praise.

During sehri , when you have the last sip of water, and you recite
Subhan’Allah,
Alhamdulillah ,
La ilaha illallaah,
Allahu akbar,
you will not get thirsty. 🥛✨

Just in case the MEDIA had y’all thinking otherwise

In the West, many wrongly think the phrase is synonymous with terrorist attacks and suicide bombings—which isn’t helped by media outlets prominently featuring the phrase in headlines about Islamist extremism.

This is not meant to be a formal definition of Allahu Akbar like most terms we define on Dictionary.com, but is rather an informal word summary that hopefully touches upon the key aspects of the meaning and usage of Allahu Akbar that will help our users expand their word mastery.