What does basta mean?

Basta is an Italian and Spanish word meaning "Stop!" or "That's enough!"

la familia, , how you doing, ciao bella, no más

Where does basta come from?

Basta is the imperative form of the Italian verb bastare, “to stop.” It’s a forceful way to command That’s enough! Both the Spanish and Italian basta are based in Latin.

The term is evidenced in English as early as 1616, when Shakespeare used it in his Padua-set Taming of the Shrew: “Basta, content thee.”

Two hundred years later, basta came onto the stage again, this time during the 2016 presidential election. Speaking to Latino voters, Hillary Clinton told her opponent, Donald Trump, to basta in regard to harsh immigration policies. 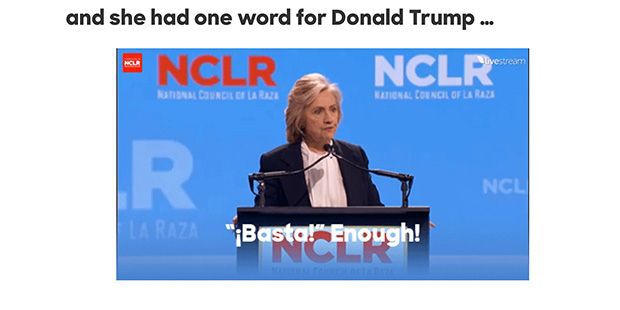 Stormy is a strong, tenacious woman who refuses to be bullied. I have nothing but admiration for her #Basta

Basta is used as an imperative and interjection. Exclaiming Basta! conveys you’re fed up with a person or situation and need it to stop. Enough already.

Exactly…. And @MichaelAvenatti had the best message and was the first to say "when they go low we hit harder" and "fight fire with fire". He was right then and is still right now #Basta #FightClub #ManInTheArena #AvenattiMettle https://t.co/HhZIaRRXFa

Be mindful that it can come across as sassy or rude, not unlike the English “Shut up!”

Basta is proudly used by people of Spanish or Italian heritage.

¡Basta! Is Spanish (also Italian) for "enough" and I think the emoji for it should be a flying chancla (shoe). 😉 #basta

This is not meant to be a formal definition of basta like most terms we define on Dictionary.com, but is rather an informal word summary that hopefully touches upon the key aspects of the meaning and usage of basta that will help our users expand their word mastery.