Everything After Z by Dictionary.com
Previous Word: cabrón
Next Word: carpe noctem

Where does carpe diem come from? 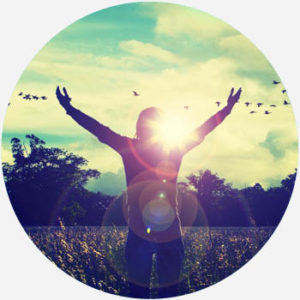 Carpe diem comes from the first-century BCE Odes of the Roman poet Horace. In Book 1 Poem 11, Horace writes “carpe diem quam minimum credula postero,” variously translated as “seize the day, and have little trust in the next one.”

Though commonly taken as “seize,” the Latin carpe originally means “to gather or pluck” and diem “day,” making carpe diem suggest “enjoy the present while it is ripe.” On its own, carpe diem is recorded in English in 1817 in the letters of another famed poet, Lord Byron.

Thanks to the impact of Horace on Western literature and the place of his poetry in Western education, coupled with the profound sense of his sentiment, carpe diem became a widely quoted expression. It inspired a whole genre of poetry of its own, carpe diem poems, especially popular in England in the 17th century as meditations on the transience of life and calls to embrace its goodness and beauty while you can.

Fast forward through countless carpe diem quotes to the 1989 film Dead Poets Society. In the movie, a teacher (Robin Williams) inspires his purpose-hungry students by teaching them the phrase and its life-loving imperative, “because we are food for worms, lads.”

In everyday speech and writing, people use carpe diem as a motto or mantra for living life to the fullest. Of course, the flip side is that people may also use carpe diem to justify not taking responsibility.

Today is your day! Carpe diem! 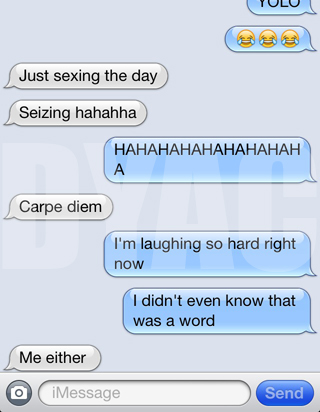 Outside poetry and film, carpe diem is also popular as a lyric or title for songs, ranging from Metallica’s 1997 “Carpe Diem Baby” to the closing number, “Carpe Diem,” in a 2011 episode of the cartoon Phineas and Ferb.

The modern phrase YOLO (You Only Live Once) is considered a new version of carpe diem.

Carpe Diem is ancient Latin, used by lawyers and wokes. YOLO was made for the cool kids https://t.co/9G7SfZXJHh