What does chiva mean?

Chiva is a Spanish word for a “female goat,” among other things. It’s known as a slang term for heroin and the name of a type of colorful bus in rural Colombia.

Las Chivas, or “The Goats,” is a well-known nickname for a professional Mexican football club, Club Deportivo Guadalajara. There is also a popular brand of Scotch whisky called Chivas Regal—which has nothing to do with goats.

Where does chiva come from? 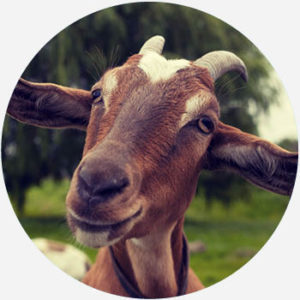 The Latin word for a female goat is capra, which became la chiva in Spanish, las chivas in the plural.

Chiva as slang for heroin first started to appear in South and Central America as well as the Southern United States around the 1960s. The name may come from the smell of black-tar heroin, which apparently smells like goats.

Chiva buses first started appearing in Colombia around the beginning of the 1900s. The name most likely comes with the buses’ ability to handle rough mountainous terrain like goats can. In the 2000s, Colombians notably imported chiva buses as party buses in major cities around the world. 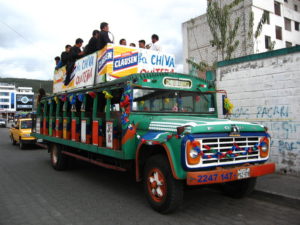 In Mexico, chivas calls up Club Deportivo Guadalajara, founded as Unión Football Club 1906. They earned the nickname Las Chivas in September, 1948 after a Jalisco-area newspaper ran the headline: “Jugaron A Las Carreras Y Ganaron Las ‘Chivas’ Uno A Cero,” which roughly translates to “Played the Races and Won the ‘Goats’ One to Zero.” The article describes how the team pulled off an unlikely victory against their rivals—though they played like crazy goats, or las chivas locas. But hey, goats are also tough, man. The team and fans embraced the nicknamed, even adopting a goat as its mascot. 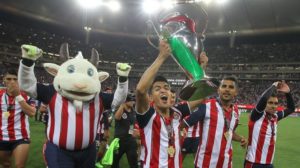 There was briefly a Chivas USA soccer team based in Los Angeles, CA, but it was disbanded in 2014.

Now, to the whisky. Chivas Regal began in Scotland by brothers James and John Chivas, who owned a grocery store known for its aged whiskies. The surname Chivas is said to come from a Scottish Gaelic root meaning “narrow place by the river.” Later owners of the store developed their namesake, Chivas Regal, in 1909 with their first Scotch whisky. As of 2018, Chivas Regal is owned by French beverage conglomerate, Pernod Ricard. 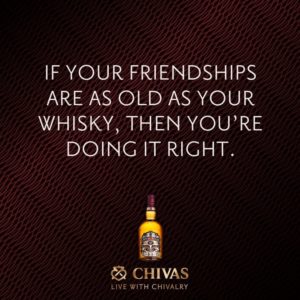 Taking in the Chivas USA game at the Home Depot Center
@jorgemir, October, 2007
...i wish i had a secret bottle of chivas. Might make my gran's constant inane chatter a little better
@MiriamP, December, 2007
What surprises many people about Chiva buses is that they remain the principal form of rural transport for many Colombians in Andean departments such as Antioquia, Cauca, and Tolima.
Chris Bell, Culture Trip, July, 2017
SEE MORE EXAMPLES

Spanish speakers and writers around the world use chiva to refer to a nanny goat, but it has many, many regional meanings.

In Colombia, a chiva refers to the bus. In Mexico, chiva is slang for cocaine or heroin while its plural chivas is closely associated with the Guadalajara football club. Other meanings of la chiva refer to a goatee, bike, or hand-me-down as well as a way to call someone smart.

You might be careful asking for a double of some Chivas, the whisky, in certain parts of Latin America, as you might get a very different kind of substance—or some serious side-eye.

This is not meant to be a formal definition of chiva like most terms we define on Dictionary.com, but is rather an informal word summary that hopefully touches upon the key aspects of the meaning and usage of chiva that will help our users expand their word mastery.