What does del putas mean?

If you need a colorful way to show your approval, del putas is a Colombian expression for you. It corresponds to the English terms like “the best,” “awesome,” “excellent,” or “(it) rocks.”

Be aware that the phrase is vulgar, though widely used, as puta literally means “whore” and functions much like the F-word in English.

Where does del putas come from? 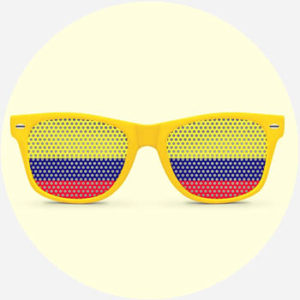 With del meaning “from the” and putas meaning “whores” in Spanish, del putas literally means “from the whores.” But in Colombian Spanish slang this is a good thing, with del putas having the slang sense of “awesome.” So, how has this ostensibly offensive phrase taken on such a positive, if sweary, connotation?

In Spanish, puta has come to serve as a generally strong modifier in the same way as damn, fucking, or bloody, recorded as such in English contexts since the 1930s though no doubt much older in Spanish. Just as American English speakers might say someone is the fucking best or British English speakers the bloody best, Colombian Spanish speakers (and other Spanish-language speakers around the word) use del putas.

For more on puta, see our explanation of the colorful Spanish word.

Similar vulgar words make this transition to general emphasis across many languages. Look no further than English’s own shit. If you call a burrito the shit, you’re saying it’s “excellent,” not actual feces. Bad things have a way of being inverted into good things in slang—like bad, which has meant “good” in slang since at least the 19th century.

The Colombian expression is related to another Spanish expression de puta madre, or from a whore mother. De puta madre also means awesome or fantastic.

Each dot on this map represents an act of terrorism...Llevados del putas desde 1970
@AnitalapalatinA, July 2014
#tbt .When you visit Miss Celia it’s imposible not to have un Jugo de Guayaba Agria. No words can’t describe the taste of this exotic & extraordinary fresh juice. Del putas!!
plasticboycamera, Instagram, July 2018
The show began and ended with Colombian flourish. Local band Diamante ELectrico opened earlier under the pouring rain. And in another nice touch from the visiting stars, the Stones performed “You Can’t Always Get What You Want,” accompanied by the chorus of Javeriana University, before launching into the finale, “Satisfaction.” / “Bogota es del putas (Bogotá rocks),” declared Jagger as he bid goodnight. / And the Stones, también son del putas [they also rock].
María José Andrade, Billboard, March 2016
SEE MORE EXAMPLES

Spanish speakers are, of course, the most likely to use del putas in casual speech. But don’t forget that del putas isn’t for polite company or formal settings, given its vulgar origins.

Though the phrase is especially associated with Colombia, it is not restricted to Colombian Spanish speakers.

Social media posts written in English sometimes incorporate del putas, especially if the speaker has some connection to Colombia.

Proud to say that we just got home and my heels were on again. I didn’t drink any alcohol y la pase del putas. 💃🏻

The phrase has been borrowed by a Colombian rock festival called Del Putas Fest. The local rock scene plays into the vulgar origins of the phrase as well as the regional identity of the phrase.

This is not meant to be a formal definition of del putas like most terms we define on Dictionary.com, but is rather an informal word summary that hopefully touches upon the key aspects of the meaning and usage of del putas that will help our users expand their word mastery.