In Mexican and some Central American Spanish, morrita is variously used as slang for a young girl, girlfriend or fiancée, or a sexy young woman.

Where does morrita come from? 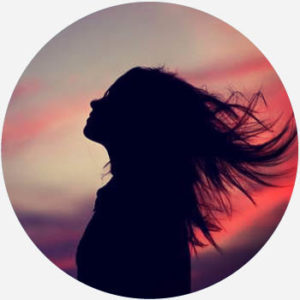 In Mexican and Central American Spanish, (la) morrita literally means “little girl or chick,” a diminutive form of the colloquial morra. Its plural is (las) morritas.

Morro and morrito are its male counterpart, “boy” or “little boy,” with the effect of “boyfriend.”

The particular slang may originate from northern Mexico, particularly in the western coastal states of Sonora, Sinaloa, and Baja California. Evidence for the term dates back to the 1860s, with morrita used as a name for a cat in an 1864 educational text. Fast forward to the 1980s and its appears in reference to a beautiful young woman in a story.

Telenovelas set in northern Mexico, such as the 2011 La Reina del Sur, may have helped spread morrita, but it appears to have been popularized in the 2010s thanks to popular music from the northern Mexico. In 2012, Norteño bands such as Calibre 50 and Banda Los Reconditos, as well as alt-rockers Band of Bitches, released songs notably featuring morrita. In them, morrita signified “girl or chick” in the sense of a “sexy lady.” Further popularizing the term was Mexican rap and hip-hop artists such as Cartel de Santa and C-Kan. One Cartel de Santa song from 2012 describes bringing expensive alcohol and “some morritas” to get a party started. C-Kan’s 2015 song “My Everything” lovingly uses morrita as “(my) girl.”

Although morrita sees its most widespread use in northern Mexico, the slang’s role in popular music has given it some currency among Mexican-Americans and other US residents, especially in border regions.

Among Spanish speakers, the term is sometimes considered rustic, coarse, even vulgar, and native discussions of the term consistently suggest it only be reserved in familiar or intimate contexts. On social media, some users of Mexican or Mexican-American descent code-switch between English and Spanish using morrita. Among young men, morrita can be more wolf-whistling in the sense of “babe” or affectionate and endearing as “sweetheart,” depending on context.

Young women also occasionally use the term as they might chica among female friend. As one tweet demonstrates: “Hi morrita como estas guapaaaa!!??” (Hi morrita how are you beautifullll!!??”).

This is not meant to be a formal definition of morrita like most terms we define on Dictionary.com, but is rather an informal word summary that hopefully touches upon the key aspects of the meaning and usage of morrita that will help our users expand their word mastery.