What does namaskar mean?

Namaskar is a greeting, often accompanied by a hand gesture in which the palms are together, used in Indian and other Southeast Asian cultures.

Where does namaskar come from? 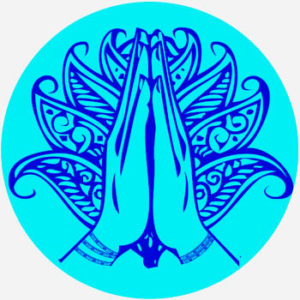 Both namaskar and the popular variant namaste have the same root word in Sanskrit: namas, which means “bowing or homage.” Namaskar is made up of the root words namas and kara, meaning “doing,” while namaste is made up of namas and te, meaning “you.” As such, namaskar and namaste are both respectful and very formal salutations roughly translating as “I bow (to you).” Namaste can be used in Hinduism specifically to acknowledge the divinity in another person or god.

Namaskar is most often accompanied by a particular mudra, or gesture, in which a person’s presses their palms together by the forehead or the chest. Namaskar can also be accompanied with a bow.

“Dear @IndiaIncorp Namaskar! Thank you for your mention, it is an honor for us to have won as New Market Entrant of the Year at #UKIndiaAward”
The Lalit London @TheLalitLondon Twitter (May 15, 2017)
“He is even reported to have said that those who did not practice surya namaskar, a yoga practice, should leave India.”
John Elliott, “Modi Picks Hard-Line Hindu Priest to Govern Uttar Pradesh,” Newsweek (March 20, 2017)
“'Namaskar, Guru ji,' I said, greeting him, when the agent got us on the conference call. 'And happy birthday.'”
Max Bearak, “Mired in controversy, a famous Indian guru tries to set the record straight,” The Washington Post (May 16, 2016)
SEE MORE EXAMPLES

Namaskar is most popularly used as a humbling greeting in Indian, Nepali, Bangladeshi, and other Southeast Asian cultures. Perhaps more familiar to Westerners is its use in some yoga traditions. Surya namaskar, or “sun salutation,” is one of the most common sequences in yoga practice. Many hatha and vinyasa yoga classes begin with a surya namaskar sequence. While namaskar’s close cousin, namaste, is often used as a greeting or closing in Western yoga practice, the term itself has little to no role in Indian yoga historically.

Though namaskar is popular in the realm of yoga practice, it can also send a political message. In May 2017, an Indian official refused a Pakistani diplomat’s handshake, offering a cooler, more distant namaskar instead. This snub came at the pinnacle of tense Indo-Pakistani relations.

Many restaurants, hotels, spas, and yoga studios incorporate namaskar into their names because of the inviting connotation of the word.

This is not meant to be a formal definition of namaskar like most terms we define on Dictionary.com, but is rather an informal word summary that hopefully touches upon the key aspects of the meaning and usage of namaskar that will help our users expand their word mastery.