What does neko mean?

Neko is the Japanese word for cat. It can refer to actual cats or to characters in anime or manga that have catlike features. Specifically, the catgirl (a woman with cat ears, whiskers, and sometimes paws or a tail) is referred to as a neko. Neko is also Japanese slang for “bottom,” or the submissive/receiving partner in a homosexual relationship.

Additionally, neko is a high-level programming language created in 2005.

Where does neko come from? 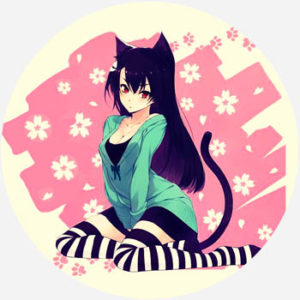 As a Japanese word, neko has been in use for a long time. Neko (as in catgirls) first appeared in Japanese manga as early as 1924, and in anime around 1949. They were first embraced by Americans in the 1980s.

The word neko has found other modern meanings and associations, such as the cat-collecting mobile game Neko Atsume, or the waving cat-figurines often found in Japanese businesses known as maneki–neko.

Neko can be used to describe cats or anything cat-related, most often anime catgirls.

The gay community in Japan has also adopted neko as a term. It refers to “bottoms,” or partners who enjoy being submissive rather than dominant. It can also refer to “femmes” among women and “twinks” among men, both of whom are stereotypically effeminate. The opposing term is tachi, or “top.”

Many English-speaking people also use it to reference the game Neko Atsume (either meaning the game itself or the cats featured in the game).

This is not meant to be a formal definition of neko like most terms we define on Dictionary.com, but is rather an informal word summary that hopefully touches upon the key aspects of the meaning and usage of neko that will help our users expand their word mastery.