Everything After Z by Dictionary.com
Previous Word: ohana
Next Word: pendejo

bloody hell..!..type 2 diabetes in maori/p.i. children is 18 times the rate among pakeha children - but we cant talk about diet - can we...?
@vegandogs50, November 2018
Just had a grown ass Pākehā New Zealand man tell me you don't need to wear sunscreen outside the hours of 9am to 5.30pm. Enjoy the melanoma dude!
@bewarethefish, November 2018
Inspired by the angry Pakeha freedom fighters of Devonport who are upset about the deal that will give Ngati Whatua some fenced-off land that no-one can access anyway, I wondered if I could work up a race-based sweat about the impending closure of TVNZ7, which is, after all, the Pakeha version of Maori TV
New Zealand Herald, April 2012

Where does pakeha come from? 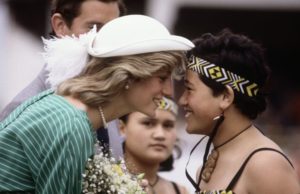 In the Maori language, Pakeha is recorded as early as 1817. Scholars have suggested it ultimately means “pale, imaginary beings resembling men,” a reference to a creature found in Maori mythology. Pakeha is also taken just to mean “stranger” in the language.

The popular misbelief that that the term translates to something more offensive like “white pig” has caused many in New Zealand to deem Pakeha offensive. During the late 1980s, there were two efforts to ban the word, including one led by a group within the New Zealand National Party.

In 1996, the New Zealand government added Pakeha as an option to census forms, causing a tremendous backlash that saw its removal in 2001.

A 2013 study conducted by the University of Auckland, however, found that there is no evidence that use of the word Pakeha by Maori is meant to be derogatory, and instead is “linked to how strongly they identify as Maori.”

NZ racists seem to forget that Saint Nicholas was a real person, and he wasn't Pākehā. pic.twitter.com/WZlaN4uCWf

Maori people are most likely to use Pakeha in a positive manner to identify a person as non-Maori, e.g., His mother is Pakeha but his father is Maori. Some white New Zealanders will also self-identify as pakeha, especially when expressing an affinity for Maori people and culture. Pakeha can also be a noun and adjective (e.g., Pakeha culture).

Hey fellow Pākehā, where do we get buried? I'm on the other side of the planet from my ancestral lands and am estranged from my biological family and have no religious affiliations.

Outside of its use by the Maori, it frequently comes up in English-language discussions of the position, often marginalized, of Maori in New Zealand society.

If a Māori and a Pakeha attend court for the same offence, the Māori is more likely to be incarcerated. #racism #NZASM18 pic.twitter.com/2p8CvRoB6c

What’s the deal with pressure for a rural medical school? What rural areas need is a system of care that works for Māori. Pākehā actually do better in rural vs urban areas. It’s a Māori health issue being conflated to suit others (esp GPs). We need different care not just more!