What does yaar mean?

While it sounds like something a pirate would say, yaar is actually an informal Indian English term for a friend. It can also be a term for a lover, especially in Bollywood.

Where does yaar come from? 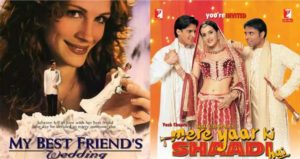 Yaar means “friend” in Hindi. It’s a popular term in Indian English, used especially as a term of address for “friend.” It ultimately comes, via Hindi, from the Persian and Arabic yar, meaning “friend,” and is recorded in English as early as the 1960s.

This yaar is roughly equivalent to the British English mate or American English buddy. Like these words, yaar is used for your actual friends but also to address any man (and increasingly women), even just acquaintances, in a friendly way, e.g., Pass me a beer, yaar.

Easy…I am defending my fav – you are defending yours… enjoy the clash, and this happens every year….. chill maaro yaar

If you have a yaar, then you’ve found yaari, friendship. This can be a common friendship or have a more romantic connotation.

According to Google Trends data, the term yaar has become increasingly searched online since 2011, perhaps coinciding with the growing popularity of Bollywood film and culture outside India.

Friends? Yes this whatsapp msg from my YAAR letting me know that he is bringing this stuff for me from spain ☺ Dost pic.twitter.com/6YBHq6qarx

A viral Indian video from 2018 features a guru, feeling disrespected, saying, “I am not your yaar” in response to a girl’s question where she refers to him as such. The video clip is often juxtaposed with Bollywood videos for ironic effect.

Finally My buddy my yaar my bestie hisham khan takes oath ! 👏👏👏👏👏👏
@rahimkhan, August 2018
Recently, the actress shared her dance rehearsal video which is getting viral. In the video, she is dancing on the song 'Yaar Naa Miley' from Salman Khan's film 'Kick'.
TNN, Times of India, November 2018 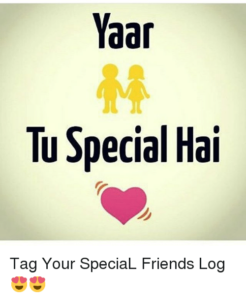 Yaar is a very popular and common term in India, both in English and Hindi. It has been particularly associated with certain tropes in Bollywood since the 1970s. In Bollywood, many songs refer to the desire for a yaar or to be in yaari with someone. These songs often have strong sexual overtones, which has led to the interpretation of yaar in some contexts as being more romantic (and homoromantic at that) than platonic.

This is the Bollywood movies inspired item number "Fuddu Yaar" (Dumb Friend). I'll try and get in touch with @annazak12 (her management) and see if she would be interested in the project. We'll go from there. Also, Rap (which is what..https://t.co/Vi6l9kBtX6

The popularity of yaar in Indian pop culture has led to its use throughout Indian populations abroad.

My yaar running quite the experiment in Stockton. Innovation in government at its finest @MichaelDTubbs https://t.co/Q6kjLc81BS

Happy Birthday my yaar and twinnie lover of Shahid🙈❤❤❤@stalkerishthing may God bless you always and may all your dreams come true,loads of love happiness🎂🎂🎂🍭🍭🍭

Yaar is so ubiquitous, apparently, that it’s sometimes used in India as shorthand for the discourse marker or tag question “You know?” or “Do you understand?”, e.g., I’ll call you later, yaar?

Yaar is also used as a boy’s name in Arabic.

This is not meant to be a formal definition of yaar like most terms we define on Dictionary.com, but is rather an informal word summary that hopefully touches upon the key aspects of the meaning and usage of yaar that will help our users expand their word mastery.