Everything After Z by Dictionary.com
Previous Word: Valentine’s Day
Next Word: World War I

“Miller is extremely proud of the Veterans Day assembly the senior class and other groups did for local veterans.”
Theresa Marthey, “'We blinked and it was over,' Class of 2017 prepares for the next chapter,” The Preston County News & Journal (May 23, 2017)
“Richardson said he wanted to keep the parade, and argued that the Uptown Renaissance would help revitalize the Veterans Day celebration.”
Harry Saltzgaver, “Veterans Day Parade Flap Over; Will Stay In Ninth District,” Gazettes (April 27, 2017)
“Flag season begins with Armed Forces Day on the third Saturday in May and ends with Veterans Day on Nov. 11 each year.”
“Noon Optimist Club Flags Program going strong,” The Courier-Times (May 23, 2017)

Where does Veterans Day come from? 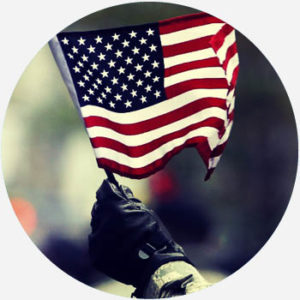 While World War I officially ended on June 28, 1919, an armistice halted the hostilities on November 11, 1918 at 11am. President Woodrow Wilson chose this date as Armistice Day the next year, corresponding to other countries’ adoption of the same. This holiday was recognized by Congress in 1926, and it became a legal holiday in 1938.

After World War II and the Korean War, which resulted in many new veterans who hadn’t served in World War I, veterans service organizations lobbied to change the name of Armistice Day. In 1954, Congress agreed, and amended the act to call the holiday Veterans Day. On October 8,1954, President Eisenhower made the first Veterans Day Proclamation regarding this change. The day became less focused on World War I specifically and more on American veterans in general.

In 1968, more changes to the holiday were mandated. The Uniform Holiday Bill had been signed into law, and it moved Veterans Day, among other holidays, to the nearest Monday every year in order to give Federal workers three-day weekends. October 25, 1971 was the first Veterans Day celebrated on this date, and many states refused to honor it, celebrating on the traditional November 11th instead. In 1975, Veterans Day was returned to its original date, though first observed in 1978.

Although more commonly associated with Memorial Day (as inspired by the World War I poem “In Flanders Fields”), poppies are sometimes worn on Veterans Day. On both days, American Legion Auxiliary Poppy Program distributes red paper poppies in exchange for donations to assist disabled and hospitalized veterans.

Veterans Day is often spelled Veteran’s Day or Veterans’ Day. However, the US Department of Veterans Affairs uses Veterans Day with no apostrophe, as do many editorial style guides. The official explanation for the standard spelling is that Veterans Day does not belong to veterans, but rather is a day for honoring them.