Life as we know it would not exist without writing. The written word helps people do business, exchange culture, and easily learn things, like where the written word comes from in the first place.

Humans have relied on writing as a crucial way to pass on knowledge for thousands of years. Yet writing didn’t just come about out of the blue. The earliest forms of writing consisted primarily of basic markings used to record trade. Essentially, writing started with receipts, and it evolved piece by piece into what we understand today.

When did humans invent writing?

Four different writing systems were created around the world completely independent of each other. Those were in Mesopotamia (around modern-day Iraq), China, Egypt, and Mesoamerica (which ranges from modern-day Costa Rica to central Mexico). Despite coming at different times and having a vast range of styles, each of the writing systems served one purpose: to convey information.

There are some key dates that archaeologists and researchers have been able to pinpoint. Based on the surviving evidence of written texts, humans invented writing in Mesopotamia sometime between 3400 bc and 3300 bc. Proof of writing in Egypt has been found that dates back to 3200 bc, and in what is now China around 1300 bc. In Mesoamerica, researchers have found proof of writing that dates back to between 900 and 600 bc.

The dates are staggered, but the earliest use for these four written languages is similar: business and religion.

Today, what we know about the earliest forms of writing comes from what has survived the test of time. That means the dates aren’t exact—it’s impossible to find a piece of wood with written words on it if that wood has completely disintegrated over the years, after all.

As humans developed agriculture and congregated in cities, they traded goods between themselves and other groups. Someone had to keep track of what was going where and who was giving it. Symbols—a drawing of a jar of olive oil, for example, or some grain—were the first way to do that. The symbols became more advanced over time, and eventually cultures turned their symbol-based writing into characters that represent a sound. With these characters, people could make various words and transfer much more complex information to anyone who understood them.

The full story (or as full of the story as experts have been able to cobble together) is a little more complicated.

The oldest form of writing we know about today comes from Mesopotamia. It’s the easiest form of early writing to study (relatively, at least, since we’re talking about 5,000-plus year old samples) because the Sumerians who lived there carved their characters into clay that was then baked. Some of that clay was hardy enough to last to this day.

Researchers call the writing cuneiform, which comes from cuneus, the Latin word for wedge. It got the name from the wedges used to imprint marks into clay.

First, Sumerians used writing solely for recordkeeping, because business must go on. The earliest writing was in the form of pictographs, which are little drawings that represent an object, and numbers. With this type of writing, people could do things like record the sale of 47 goats with a few marks in clay. Those marks were a whole lot easier than receiving 47 clay tokens to represent each goat.

Simple ticks evolved into writing characters that represent syllables in the language sometime around 3000 bc. Much more complex messages were able to be recorded with those syllable representations, and writing started to reflect spoken language for the first time. Religion, royalty, and business were the topics of the day.

And while the very earliest writing stuck to hard business, this later (but still very early) form of writing allowed literate people to record more nebulous things like ideas.

If you’ve ever seen a picture of the Egyptian pyramids (or you’ve been lucky enough to see them in person), then you know that the Ancient Egyptians carved plenty of words into stone. The earliest of these came in the form of hieroglyphs, which are pictographic symbols that represent objects.

The depictions we have today typically revolved around religion and the afterlife (particularly receipts for what the dead were taking with them to the afterlife). Ancient Egyptians also used reed brushes as a proto-pen to write on papyrus scrolls, where other texts—ranging in subject from religion to business to royal matters—were recorded.

The oldest surviving form of writing from China dates back to 1200 bc, and it has nothing to do with business. Offerings to the dead were found in Anyang in northern China with writing carved into ox bones and turtle shells. These oracle bones asked questions about future harvests, children, and wars.

The carved records researchers have found include some 4,000 characters. So even though they’re the earliest writings in China that scholars are aware of, there were likely many other earlier forms of writing that took place before people in 1200 bc got to the advanced, 4,000-character writing stage.

The earliest known writing in Mesoamerica was done by the Olmec around 900 bc. Writings from the Zapotec followed sometime around 500 bc. Unfortunately, far less is known about the texts as is known about the earliest writing in Mesopotamia, Egypt, and China. One thing is clear, however: some of the first written language was recorded in Mesoamerica, and it developed independently of other written languages.

These texts are believed to be linked to the writing of the Maya. Written Mayan characters have been found and deciphered from carvings on thrones, altars, and palaces that date back to between 200 and 400 bc.

Like with all ancient writing, the texts that started it all may be lost to time simply because no writing surface lasts forever.

It wasn’t too long before carving in stone became careful script. Learn more about the ways handwriting has changed over time. 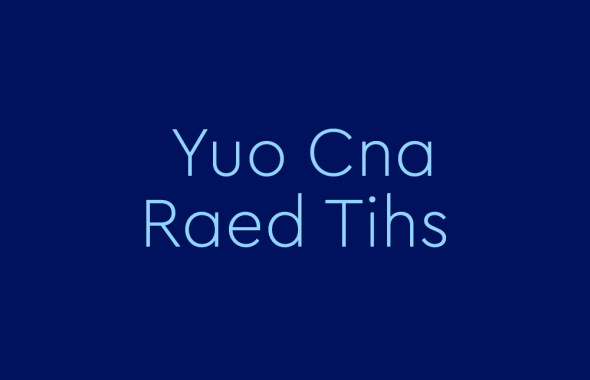