When cute won’t cut it, try these words instead

Puppies are undeniably cute, as are toddlers, bunnies, and Baby Yoda. Beyond that, however, cute just doesn’t always cut it.

An adjective, cute is defined as “attractive, especially in a dainty way; pleasingly pretty.” It sounds nice enough, and there are certainly cases in which it’s used with the best of intentions. In other cases, however, it’s a patronizing pat on the head or a verbal cop-out. Add an –sy, making cutesy, and it becomes even more condescending. At best, cute is simply overused.

It’s been used for centuries too, first recorded around 1615–25. Cute is shortened from acute. This loss of an initial unstressed sound (compare ‘bout and about) has, well, a cute name: aphesis.

So, what can you say instead of cute? We, of course, have some ideas. Here are a few.

If you stop in a cozy, new coffee shop or stay at a picturesque bed and breakfast, instead of telling friends it was cute, you may want to describe it as charming instead. Cute can describe cartoon characters on a bedroom wall, but charming, which means “pleasing or delightful,” sets a more specific scene. It’s also a good word to use when describing people who are particularly pleasant.

First evidence of the word can be found in Middle English around 1250–1300. It stems from the word charm, which means “a power of pleasing or attracting, as through personality or beauty.” Charm is itself derived from the Latin for “song,” carmen. How lovely!

WATCH: When To Use "Charismatic" Vs. "Charming"

In some cases, people use cute to describe mischievous or contrary behavior, as in when your 8-year-old shoves straws up his nose in a restaurant, pretending to be a walrus (“Stop trying to be cute!”) or when you’re reprimanding your sassy-mouthed teenager (“Don’t you get cute with me!”). What you might call that behavior instead is cheeky.

Defined as “impudent; insolent,” cheeky behavior doesn’t usually cross the naughty line, but it gets close. It’s a bit saucy, but not flat-out offensive. Cheeky is also often used to describe humor that pushes boundaries. The word is first recorded around 1855–60, and stems from the word cheek, as in the ones we have on each side of our face. It’s more frequently used in the UK, but it’s one we might want to borrow more often.

If you want to let someone know you find them physically attractive, they may be mildly flattered if you tell them you think they’re cute. But imagine if you told them they were pulchritudinous? An adjective, it means “physically beautiful; comely.” It’s a more mature word than cute, and using it may make you sound smart, too … or like you’ve been spending a lot of time on Thesaurus.com.

First evidence of the word can be found in the early 1700s. It stems from the Latin word pulchritūdō, meaning “beauty,” and the suffix -ous, meaning “full of.” It’s often used in a humorous or cheeky manner because it’s such a mouthful.

In some cases, we use cute facetiously. For example, you might say of a coworker who constantly undermines you, “He’s always trying to get cute in meetings with our boss.” But what you really mean is cunning. While cunning can also be a compliment, in most cases it implies a level of deceit and slyness, and it offers a more direct way of calling someone out than cute.

The word first appeared in the English language around 1275–1325. It stems from the Middle English word cunnan, which means “to know.”

All babies are cute, but some are truly adorable. The adjective means “very attractive or delightful; charming,” and it feels like a more sincere compliment than a cursory cute.

The word dates back to 1605–15. It stems from the Latin word adōrābilis.

If someone or something is especially squee-worthy, you could take cute up a notch and proclaim it adorbs. The informal adjective means “very cute; adorable.” When people started using this shortened version of adorable isn’t clear, but it seems to have popped up in the 21st century. Just know that if you have tween and teen children, they may cringe if they hear you use it.

In some cases, we use cute to describe something or someone with old-fashioned charm when a better word might be quaint. A quaint village (think independent shops, cafes, and friendly people) evokes a different image than a cute one—would that be a kitten-themed village? Quaint, like cute, can also be used in a snide sense, such as “Isn’t that quaint?” when referring to something you deem odd or ridiculously out-of-date, like writing a check at the grocery store.

Evidence of the word can be found as far back as 1175–1225. The word queinte is a variant of the French word cointe, meaning “clever, pleasing.”

It nearly rhymes with homely, but its meaning is quite the opposite. Comely is defined as “pleasing in appearance; attractive; fair.” You might say, “That guy is so comely.” As long as they don’t misunderstand and think you actually said “homely,” it can be a more powerful compliment than cute.

The word has been around for a long time, first appearing in English before the year 1000. In Middle English it was cumli, which stemmed from the Old English word cȳmlīc meaning “lovely.”

Too often cute is used to put someone or something in a neat little package: “Oh, that’s a cute idea” or “You’re so cute.” It can be dismissive and demeaning.

While you might call an outfit cute, calling an adult cute in many cases glosses over  the fact that they are complex, compelling, and capable. While people may use cute to pin a label on someone or something, in some cases it can be insulting. Women, particularly those who are petite, hear this word far too often.

Capable means “having power and ability; efficient; competent,” and calling that type of skill cute just doesn’t cut it. If you mean it as an insult, then own it and call the idea unacceptable or their work unsatisfactory. Just don’t try to hide behind a cute cloak.

Looking for more? How about these fancier words for some of the day’s most mundane activities? 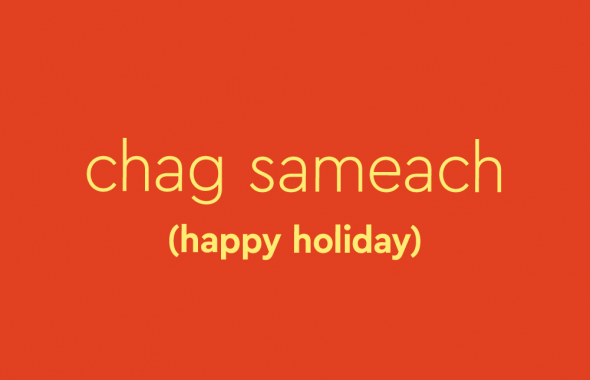 Now Playing: When To Use "Charismatic" Vs. "Charming"