When it comes to writing, there are rules galore. We start learning them in grammar school, when we’re first taught that sentences should end with periods and questions with question marks. Then, through the years, we’re introduced to preposition prohibitions, the dangers of dangling participles, the sins of split infinitives (oh my!), and more.

Soon, writing—which at its essence is a creative process—feels laden with strict land mines and may start to become formulaic and stuffy.

As they say though, rules are made to be broken, and that’s especially true when it comes to the English language. Yep, some of those rules your high school English teacher taught you are outdated, without basis, and unnecessary. And, unless you’re writing in a traditional, strict environment (that high school English paper comes to mind), you can ignore them.

(Any guesses as to which rule we just broke there? Hint: see number five below.)

Here are five writing rules you may want to consider breaking …

Five writing rules you can break

1. Never end a sentence with a preposition

While you should still avoid ending a sentence with a preposition, if you must do linguistic gymnastics in order to do it, it’s not worth it.

2. “They” is not a singular pronoun

They is actually both a singular and plural pronoun, and it has been for centuries. Lexicographers have determined that as far back as the 1300s, they and its related forms have been used to refer to an indefinite referent—that is, an unspecified, unknown person. Using they acknowledges the gender or sex identity of a person or people isn’t known.

Today, they is breaking ground as the preferred choice to refer to a specific person who is nonbinary—or doesn’t identify with the binary genders of female and male to describe themselves—because they is not explicitly gendered. For example, you may say, “My child won the race. They make me so proud.”

Our entry for they now devotes a separate definition for each of the distinct uses as part of our biggest dictionary update ever at Dictionary.com.

3. Only write in full sentences

While full sentences should make up the majority of your writing, you don’t always need a subject and a verb to get a point across. Yes to fragments! Fragments can add a powerful punch or help the cadence of a piece flow.

Worried about breaking this rule? No problem. If you’re only using a fragment or two for effect and emphasis, it’s a perfectly acceptable writing technique.

A lot of these rules that we’re taught about writing—such as this one, and the rule against prepositions at the end of sentences—date back to a few centuries ago, when some stuffy grammarians decreed English should be more like the Latin, which they thought was a perfect language. As a result, they imposed rules that are native to Latin on English, but they aren’t native to English. For example, in Latin, an infinitive is one word (e.g., saltāre, “to dance”); in English it’s two (to dance), so it’s natural that we’d insert a word between them from time to time.

Starting a sentence with a conjunction, such as and, or, nor, so, or but, is often the most natural-sounding way to go. Doing so can add emphasis and can help you avoid run-on sentences.

But, what about what your English teacher told you? Don’t worry too much about that. Many grammarians call this rule a superstition. According to the Chicago Manual of Style:

“There is a widespread belief—one with no historical or grammatical foundation—that it is an error to begin a sentence with a conjunction such as and, but or so. In fact, a substantial percentage (often as many as 10 percent) of the sentences in first-rate writing begin with conjunctions. It has been so for centuries, and even the most conservative grammarians have followed this practice.”

So, there you go.

WATCH: How To Set Winning Writing Goals For The New Year

A final word for writing rebels

Of course, you can’t ignore all the grammar rules. For example, we’ll never endorse using your when you mean you are, and there’s no wiggle room when it comes to using effect when you really mean affect. However, modern English is a lot more liberal than it used to be, and in many cases, that makes writing stronger and more reader-friendly.

For most purposes, you should write more like you speak and let the words flow naturally. Your former English teacher may not like it, but your readers will.

Take the written world by storm by adding these unconventional and under-appreciated punctuation marks to your next work of rebellious prose. Go out with an “interrobang,” am I right? 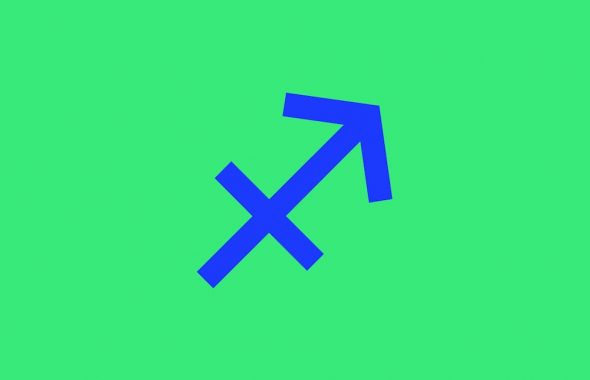 Now Playing: How To Set Winning Writing Goals For The New Year