ISHYGDDT stands for I Seriously Hope You Guys Don’t Do This, a comment used to mock various actions or behaviors on 4chan and on other social media platforms.

4chan, mfw, ywn, One does not simply, Y U NO, rules of the internet, Lenny Face, feels

Where does ISHYGDDT come from? 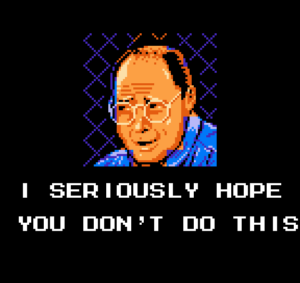 ISHYGDDT is initialism short for I Seriously Hope You Guys Don’t Do This. The phrase was used as part of a meme, the Costanza.jpg meme, that started on the message board site 4chan in 2011.

The meme involved posting a picture of the character George Costanza from the 1990s TV sitcom Seinfeld as a reaction image to express contempt in mocking threads known as greentext implications, which begin with the > symbol. 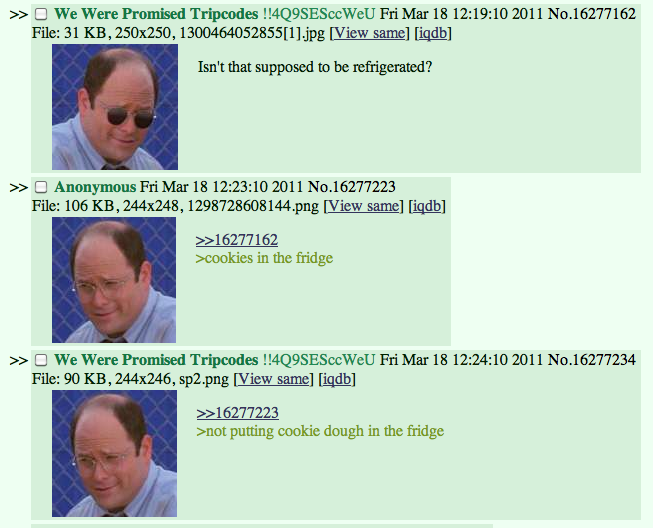 As the meme intensified, a trend emerged where a poster would accompany George’s face with a greentext implication stating the current year (e.g., > 2019) and the phrase I seriously hope you guys don’t do this in response to various objectionable behaviors, often hypothetical and ironic in nature. 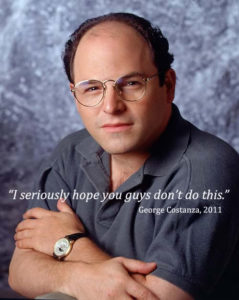 As the meme became yet more popular in 2011, I seriously hope you guys don’t do this was often shortened to the more convenient ISHYGDDT. The meme in its truest form can be seen in the first Tweet by @ISHYGDDT, one of the first to use ISHYGDDT on Twitter. 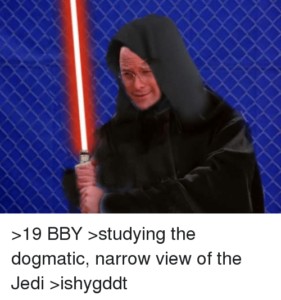 ISHYGDDT is now more commonly used by itself but it has kept the same meaning it had when originally part of Costanza.jpg memes.

This is not meant to be a formal definition of ISHYGDDT like most terms we define on Dictionary.com, but is rather an informal word summary that hopefully touches upon the key aspects of the meaning and usage of ISHYGDDT that will help our users expand their word mastery.