What does 🦞 Lobster emoji mean?

Pass the butter! The lobster emoji, mmmmm (oops, sorry for the drooling), is finally crawling around the internet, replacing the crab emoji that was used in a pinch before 2018. Yes, of course the world needed a lobster emoji! Crab is not lobster, lobster is not crab. They’re not even related.

It’s used mostly in posts related to lobster and seafood, though it has recently taken on another meaning in the transgender community.

Where does 🦞 Lobster emoji come from? 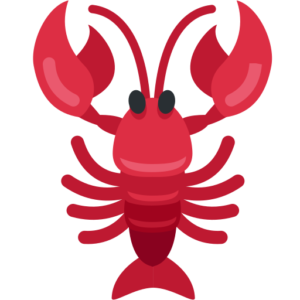 The lobster emoji had to claw its way into a Unicode suite. After much outrage about the necessity of using the crab emoji in its place and a lobbying effort that included a pitch by Maine US Senator Angus King, the lobster finally made its debut in early 2018. It was met with howls of protest: it only had eight appendages, or legs, instead of ten. Shame.

“Does it really matter? Does the poop emoji really look like poop?” naysayers wrote.

Well, we are happy to report that that the Unicode Consortium corrected the mistake, and the lobster emoji, released as part of Unicode 11.0 in 2018 and added to Emoji 11.0 in 2018, is now a more accurate representation of the bug (that’s a lobster nickname, if you didn’t know) on all platforms. Twitter’s version has a whiff of whimsy about it, but there is no doubting it’s a lobster.

Interestingly, the emoji has also been adopted by the transgender community, which has been lobbying Unicode for an emoji in the way of a blue and pink transgender flag for over two years. They were very disappointed when Unicode 11.0 was released and they saw that their efforts were unrewarded. Double shame.

Why the lobster, you ask? The lobster is a gynandromorph, an organism that contains both male and female characteristics. 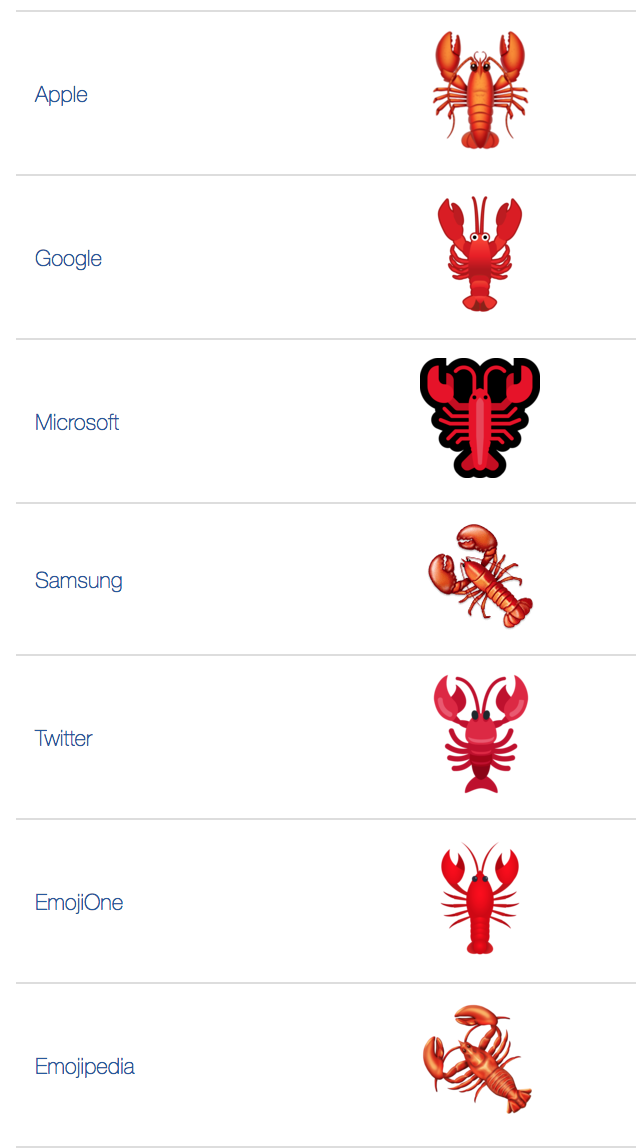 I’m thankful to have shared 23 years together & 15 years of marriage. Glad To have found my 🦞. Happy Anniversary love bug!
@rocha_cc, November, 2018 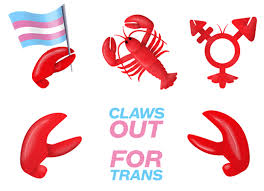 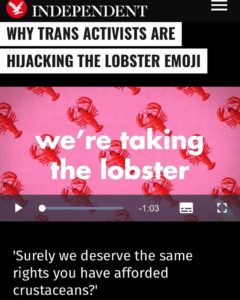 The lobster emoji is mostly used in food posts and in messaging that relates to the lobster in the way of branding, labels and design, and the lobstering industry.

Transgender activists have also now claimed the lobster as their own—at least until the requested transgender flag is released.

With just two sleeps to go, we're really excited for #DeptfordPride2018 on Saturday.

Now, if you can bear to look at some truly mouth watering images, carry on.

Being a lobster 🦞 dishing out some hot out of the pot delicious news this arvo at southern cross #vicvotes pic.twitter.com/Kn1snKPT7I

Speaking of Maine, the lobster emoji is also used in messaging that relate to Maine culture. Here, a Maine political candidate adopts the lobster as part of her branding.

Look folks, politics can not suck!#mepolitics

And, of course, the lobster emoji is used in romantic posts and declarations of love. Because … Friends.

This is not meant to be a formal definition of 🦞 Lobster emoji like most terms we define on Dictionary.com, but is rather an informal word summary that hopefully touches upon the key aspects of the meaning and usage of 🦞 Lobster emoji that will help our users expand their word mastery.