What does Guava Juice mean?

Guava Juice is the social-media moniker and YouTube channel name of Roi Fabito. He’s known for making videos of goofy challenges, experiments, and other random shenanigans.

Where does Guava Juice come from? 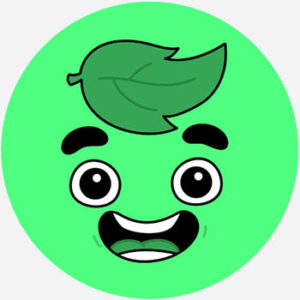 In a 2006, a 15-year-old Roi Fabito started making YouTube videos with his childhood friend Alex Burriss. They called their channel Hoiitsroi before changing it to Wassabi.

Wassabi’s 2012 parody of Carly Rae Jepsen’s “Call Me Maybe” went viral and has since earned over 100-million views.

Fabito also started Guava Juice in 2006, originally as a vlogging platform he later expanded into gaming. Citing fatigue and and concerns about its direction, Fabito left Wassabi in 2015, turning Guava Juice into a challenge and entertainment channel.

As of 2018, Guava Juice has nearly 10-million subscribers and is best known for Fabito’s collection of “bath challenge” videos. He has posted dozens and dozens of videos of himself swimming in and playing with unusual things he puts in his bathtub, including: jello, Diet Coke, nacho cheese, and shaving cream, to name a few.

Fabio, whose catchphrase is Stay Juicy, keeps very busy outside the tub. He launched a digital subscription service called Juice Box, where customers can buy boxes (think Birchbox) filled with toys, merchandise, and DIY kits featured on his channel.

Guava Juice also has two spinoff channels, Guava Juice 2 and Guava Games. Guava Juice 2 started in 2012 as a platform for Fabito to post vlogs and other entertaining content, sort of like his original, more personal Guava Juice. Guava Games began in 2017 as an outlet for Fabito’s enjoyment of gaming.

Guava Juice’s Glow-In-The-Dark Jello Pumpkin Among Trending Halloween Content On YouTube
Sam Gutelle, Tubefilter (headline), October, 2017
Hi guava juice you have inspired me to make videos you have gave me more confidence to make gaming thank you i will stay juicy

🍈 — feeling thankful.
Augustine Villalpando, Facebook, May, 2018
@GuavaJuice hey man, my son is a huge fan. BUTTTT lately he dorsnt wanna go to school. Just sit at home and watch Guava Juice all day...would you do a shout out to Aiden Callsfirst in MT..tell em to get to school??
@Dustin55188979, April, 2018
SEE MORE EXAMPLES

Fans of Guava Juice, who tend to be older children and young adults, call themselves GUAVs, a term Fabito uses himself. They—or anyone else who stumbles upon them—may use GIFs of his absurd bath challenges to express various emotions (e.g., feeling silly or going crazy).

Guava Juice is also known for his signature symbol, a cartoon guava fruit that vaguely looks like Fabito. Along with Stay Juicy, he uses this image in his merchandise and even receives gifts of fan-art based on it.

The melon emoji, 🍈, is often included in social-media posts about Guava Juice, as it is the emoji that most closely resembles the guava fruit.

Speaking of the guava fruit, pretty much all other instances of guava juice refer to various beverages, from health drinks to cocktails, made from the sweet, aromatic, green-skinned, and pink-fleshed tropical fruit known as the guava.

Apparently, some connection to or love of this juice inspired Guava Juice‘s now internet-famous career.

This is not meant to be a formal definition of Guava Juice like most terms we define on Dictionary.com, but is rather an informal word summary that hopefully touches upon the key aspects of the meaning and usage of Guava Juice that will help our users expand their word mastery.