Cthulhu is the name of a fictional monster created by author H.P. Lovecraft. The creature is described as a combination of an octopus, a dragon, and a human being, and just looking upon it will drive the viewer insane.

Cthulhu can also refer to the “Cthulhu Mythos,” an expanded universe created after Lovecraft’s death that builds on his fictional works and Cthulhu in particular, expanding on the monster’s previously limited presence in written works.

Where does Cthulhu come from? 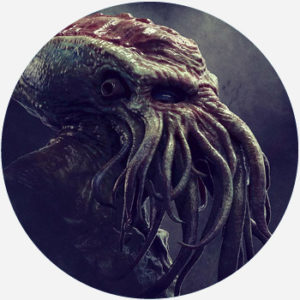 Cthulhu first appeared in Lovecraft’s 1928 short story “Call of Cthulhu,” which was published in the magazine Weird Tales. 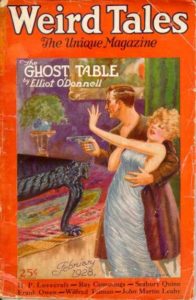 August Derleth, one of Lovecraft’s admirers and a fellow writer, later expanded Lovecraft’s literary universe, working along with other writers who sought to develop the original work’s characters and continuity. This expanded literary canon became known as the “Cthulhu Mythos,” due to its in-depth development of Cthulhu’s history.

Cthulhu gained popularity in the years after Lovecraft’s death, and ultimately became his most widely-known creation. Cthulhu has been featured in movies (like 2005’s Call of Cthulhu, 2005) video games (Call of Cthulhu: The Official Video Game, released in 2018) and tabletop role playing games. The character’s also made appearances on the TV show South Park, and many bands–including heavy metal group Metallica–have produced songs that either mention Cthulhu or are inspired by him. 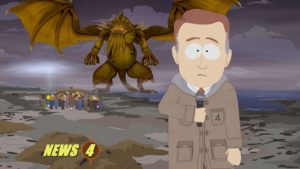 #CthulhuCthursday #CthulhuToys : Pikacthulhu plush toy ... nice to have one up on the shelf. Last one was eaten by my Cthulhu action figure.
@JohnRMoffitt, May 16, 2017 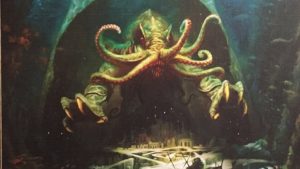 Cthulhu usually refers specifically to the god-like, soul-eating being in the Lovecraft canon, typically depicted with a mouth covered in tentacles (after an original sketch by H.P. Lovecraft). The term can also be used more loosely as a stand-in for any large malevolent entity, especially a terrifying, tentacled one. Due to the character’s enduring popularity, Cthulhu-inspired merchandise abound in pop culture, including everything from tentacle-faced stuffed animals to T-shirts to Christmas ornaments. Call of Cthulhu: The Official Video Game was released on October 18, 2018. Cthulhu is also a heavily memed character on social media. 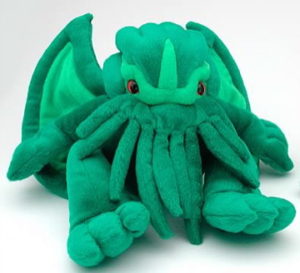 This is not meant to be a formal definition of Cthulhu like most terms we define on Dictionary.com, but is rather an informal word summary that hopefully touches upon the key aspects of the meaning and usage of Cthulhu that will help our users expand their word mastery.