Who is Keyser Söze?

Keyser Söze is a brutal crime lord in the 1995 film The Usual Suspects. Both in the film and popular culture, he is legendary for his artful evasion.

Where does Keyser Söze come from? 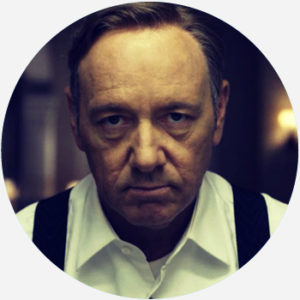 In The Usual Suspects, US authorities question a petty, hobbled conman, Roger “Verbal” Kint, played by Kevin Spacey, about a notorious underground gangster named Keyser Söze and his connection to the deadly destruction of a freighter ship. Among criminals and law enforcement, Söze has a mythical status for his extreme murderousness and elusiveness.

In a twist ending, the film reveals Verbal has fabricated his story about Söze using details from clippings on an investigator’s office bulletin board. The final scenes suggest the lowly Kint was Söze the entire time, escaping capture yet again. Summing up Söze’s beguiling MO, Verbal quotes Charles Baudelaire: “The greatest trick the devil ever pulled was convincing the world he didn’t exist.”

According to Usual Suspects director Bryan Singer, the name Söze comes from a Turkish word for “one who talks too much,” further echoed by Kint’s nickname, Verbal.

Keyser Söze has since captivated the popular imagination. Not only has the character ranked as one of cinema’s top villains, but he has also inspired his own archetype. Revisiting the film twenty years after its release, CNN’s Brandon Griggs observed: “‘Keyser Söze’ has come to mean a renowned figure who is feared but elusive—someone everyone hears about but no one ever meets in person.” For instance, CBS described famed sports bettor Billy Walters as the “Keyser Söze” of Las Vegas, an “icon…who is rarely seen in the casinos and not recognized when he’s there.” For her ability to believe her ever-changing story, a prosecutor on truTv argued Casey Anthony, the mother at the center of the sensational 2011 murder trial, exhibited “the Keyser Söze Phenomenon.”

While a dreaded evil mastermind, Keyser Söze’s self-created identity, genius for outfoxing his opponents, and ability to hide in plain sight continues to inspire fascination, and, in some domains, might be considered admirable. In a 2013 article in Forbes, for example, wealth expert Russ Alan Prince likened the success of the super-rich to Keyser Söze’s heartless tenacity.

“My 2 1/2 yr old daughter just told me a riveting story and now I realized she used the pictures in the room. She ‘Keyser Soze'd’ me.”
Peter Sohn @peetsown Twitter (November 3, 2012)
“To me, bipolar depression is the Keyser Söze of mental health. It is very deceiving, and yet can be so powerful in its ability to take control and wreak havoc and destruction in my life.”
Shae Therrien, Interrupted with Bipolar (2013)
“In the language of advertising, Bin Laden has become a brand—a geopolitical Keyser Soze, an omnipresent menace whose very name invokes perils far beyond his capability.”
Tony Karon, “Bin Laden Rides Again: Myth vs. Reality,” TIME (June 20, 2001)
SEE MORE EXAMPLES

Keyser Söze serves as a popular metaphor and allusion used by a variety of users across a range of contexts.

This is not meant to be a formal definition of Keyser Söze like most terms we define on Dictionary.com, but is rather an informal word summary that hopefully touches upon the key aspects of the meaning and usage of Keyser Söze that will help our users expand their word mastery.