What does Mary Sue mean?

Mary Sue is a term used to describe a fictional character, usually female, who is seen as too perfect and almost boring for lack of flaws, originally written as an idealized version of an author in fanfiction.

Where does Mary Sue come from? 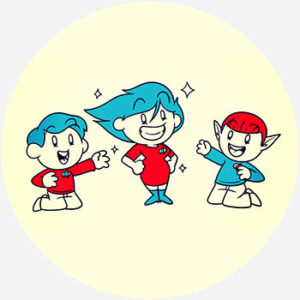 Both the Mary Sue character type and sub-genre originated with “A Trekkie’s Tale,” a short piece of satirical Star Trek fanfiction which famously began, “‘Gee, golly gosh, gloriosky,’ thought Mary Sue as she stepped on the bridge of the Enterprise. ‘Here I am, the youngest lieutenant in the Fleet — only 15 1/2 years old.’” 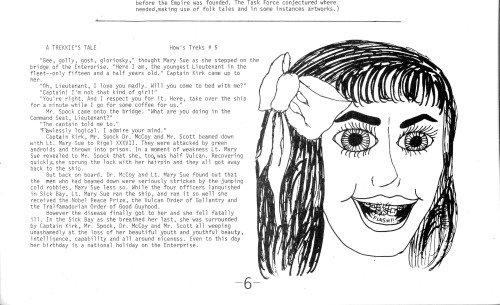 A Random Pile of Stuff

The very short story was written by Paula Smith in 1973 for Menagerie, a Star Trek fanzine for which she was an editor. In a 2011 interview, Smith explained that, as an editor who read a significant amount of Star Trek fanfiction (written by women, in particular), she noticed a pattern of recurring adolescent female characters who were the youngest ever in their Starfleet position, irresistibly yet uniquely attractive, and uncannily talented and capable in every adventure she and the crew dared endeavor.

“A Trekkie’s Tale” was written to parody what Smith viewed as a common practice with young writers to perhaps subconsciously write an idealized version of themselves into the story and fail to write the original Star Trek characters accurately as a result of interacting with the author’s unrealistic wish-fulfillment figure. Because the character and story type continued to crop up in fanfiction submissions, Smith and other editors began referring to them as “Lieutenant Mary Sue” stories, and the term Mary Sue quickly caught on with the public.

The concept of a Mary Sue has received fair and significantly complex criticism in the decades since the term was coined, with confusion over whether it has become inherently misogynistic to accuse characters of being a Mary Sue or whether it is a legitimate type of literary character. Salon wrote in 2015, “The term Mary Sue is rooted in a long history of dismissing female characters and holding them to absurd double standards,” alluding to the point that identical forms of author-insert or wish-fulfillment with male characters/writers are rarely noticed or called out, while female characters tend to be held to a much higher degree of scrutiny when it comes to believable traits and abilities.

As the joke goes: “What do you call a male Mary Sue? … A protagonist.”

While writing a Mary Sue is often viewed as an amateur move (and, indeed, Mary Sue is frequently used to simply suggest an overall poorly-written character, regardless of gender), Smith acknowledges that it is possible for author-insertion in works of fiction to be done well. Smith has also agreed with others who claim that writing an autobiographical Mary Sue character/story is an inevitable part of the process for new writers attempting fiction. 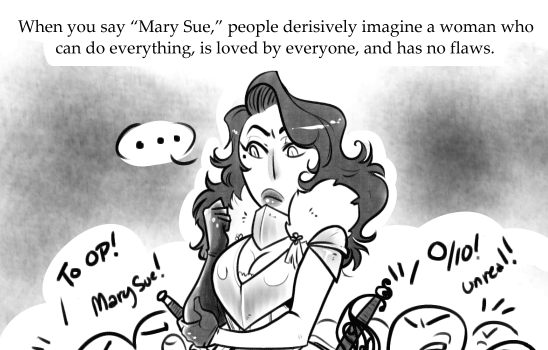 Although criticism and accusations of writers creating Mary Sue characters/stories have become far more frequent, more defenses have arisen as well. In a lengthy exploration of the term, Elizabeth Minkel writes, “Even detractors admit Mary Sues are about young girls finding their power and agency in a world of fictional landscapes that rarely afford such journeys to women.” In an example of how reclaiming the Mary Sue as author-insertion can be empowering, writer Ash Davis explains how she wrote herself, as a woman of color, into her Lord of the Rings fanfiction: “If there were no black people, I made them. If they were tokens, I made them stars. Mary-Sued the shit out of everything. It didn’t matter, you were gonna see me!” Stories like these and many others illustrate the complexity of the Mary Sue in contemporary fanfiction culture.

People tend to associate Mary Sue’s with several character traits. Some have described a Mary Sue almost as a “girl next door”—a character who is near perfect with only slight flaws which make them more endearing. Others focus specifically on characters’ abilities which, if they range too far and are exceptionally strong across the board, tend to define a Mary Sue.

Mary Sue has also expanded outside fanfiction to label canonical fictional characters. The main heroine of Star Wars: The Force Awakens, Rey, was derided by many as a Mary Sue. Here, Mary Sue is used as a derogatory synonym for any protagonist who is hated or dismissed for their talents and virtues. Harry Potter, Luke Skywalker, and Katniss Everdeen are among other famous characters who’ve been called Mary Sues.

#Beowulf is a #MarySue
@Joseph46692122, April, 2017
The term ‘Mary Sue’ is rooted in a long history of dismissing female characters and holding them to absurd double standards.
Nico Lang, Salon, December, 2015

Mary Sue is most frequently used as a noun (a Mary Sue) or modifier (a Mary Sue story), although it may also sometimes appear as a verb, to Mary-Sue, meaning “to insert oneself into a fictional story/character.”

This is not meant to be a formal definition of Mary Sue like most terms we define on Dictionary.com, but is rather an informal word summary that hopefully touches upon the key aspects of the meaning and usage of Mary Sue that will help our users expand their word mastery.